With yesterday’s decision to keep the key interest rate at 1.00%, what can Canada forecast for the near future? 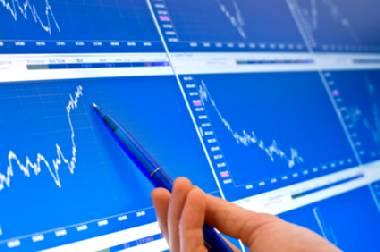 The Bank of Canada released the Monetary Policy Report today, July 20th. Some important points that were addressed were projected inflation and the potential consequences (both positive and negative), the projected expansion of the economy as a whole and the reasons behind the status quo decision.

Because of the global economy and the relatively strong Canadian dollar, Canadian exports have been slow.  This was cited as the main reason for keeping the benchmark rate at 1.00%. The threats posed by the fragile economies of the United States and Europe were also major factors. However, according to Governor Mark Carney, higher borrowing costs are imminent [1]. He has made it clear that he will do what it takes to keep inflation under control, despite what’s going on with the global economy. The official report mentions that although the global outlook remains generally unchanged, the risks have intensified, particularly in Europe [2].

Some key points from the report:

Having taken all both the upside and downside risks of inflation into consideration, the Bank of Canada maintains that within the projected time frame the risks are “roughly balanced”[1]. As a result, the target for the overnight lending rate remains at 1 per cent. It is projected that the present excess material supply in the economy will be absorbed, monetary policy stimulus in place at the moment will be withdrawn and that expansion will continue, thus allowing Canada to achieve the 2 per cent inflation target.

With Tuesday’s rate decision, policy makers stated that the forecast was made assuming that European authorities would find a solution for their debt crisis. However, in Wednesday’s report, policy makers noted that “investor confidence in the fiscal positions of a number of advanced economies” has weakened strained global confidence [2].

Mr. Carney has clearly stated that if the global situation does not worsen, he will make use of at least one of the three remaining decisions in 2011 to crack down on policy to control inflation.

At the same time, the key interest rate impacts the prime lending rate, meaning variable mortgage borrowers will also see an increase in their rates.