How to Get More Deductions On Your Tax Return 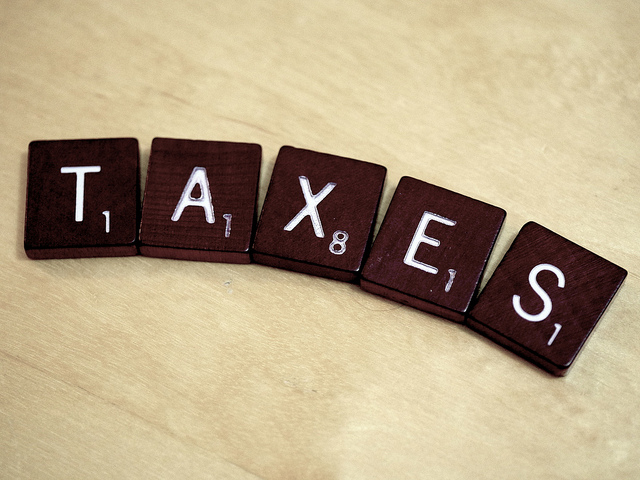 A few years ago, Ratehub’s senior digital ads specialist Kaman Hui told me about a book she was reading called The Life-Changing Magic of Tidying Up. She told me about Marie Kondo’s advice that you should only keep things in your life if they spark joy. I laughed, not knowing that Tidying Up would go on the become the Netflix special du jour.

When I received my first T4 of the year the other day, there were a few numbers on it that gave me different feelings. The first number definitely sparked joy – it was the sum of all the employment income I had earned from that employer during the year.

Another number did not bring me the same warmth and happiness. Right next to my hard-earned income was box 22: Income tax deducted. A huge amount of money had been deducted from my income and was sent straight to the government. I had paid enough taxes to buy a small car!

In the spirit of the growing minimalist trend, I started researching ways to get more deductions on that tax return. If I can’t make my tax amount spark joy, maybe I can shrink it just a little bit.

Benjamin Franklin is credited with popularizing the saying that nothing is certain except death and taxes.

You can find hundreds of articles on Google advising you not to forget about “these 10 commonly overlooked tax deductions.” But the truth is most of these deductions won’t apply to people like you and me. They’re primarily intended to help make it easier for people to pay for large, necessary expenses that come about as a result of extraordinary circumstances – things like medical expenses, and support for people with disabilities.

Sadly, there’s no line on your tax return that will let you claim your Netflix subscription. Or your grocery bill. And even the public transit amount is no longer available.

But there are a few sure-fire ways to reduce your overall taxes no matter who you are:

The best way to get a deduction on your tax return is to make a contribution to your RRSP (which, by the way, you can still do and count it toward last year’s taxes until March 1st).

A registered retirement savings plan, or RRSP for short, is a tax shelter that helps you save for retirement. When you contribute to your RRSP, the money you deposit is deducted from your income dollar for dollar at tax time. So if you contribute $1,000 to your RRSP, you’re taxed as if you made $1,000 less in that year.

The amount of tax you’ll save by contributing to an RRSP depends on your tax bracket. Let’s look at an example for someone living in Ontario.

This chart shows the tax rate an Ontarian would pay based on income earned in 2018 including the Ontario surtax.

This math will look slightly different depending on where you live, as each province and territory has its own income tax brackets.

You should also be aware that there are some RRSP rules including a strict contribution limit that’s based on your income. Look for more details on this in Ratehub.ca’s RRSP education centre.

Use a spousal RRSP

Another sure-fire way to reduce your tax amount is to contribute to a spousal RRSP. For married folks, contributing to your partner’s RRSP will get you in trouble with the CRA. But a spousal RRSP is a type of RRSP account specifically intended for married couples to share.

This is particularly beneficial if one spouse earns significantly more than the other, and has used up all their RRSP contribution room (a feat which few Canadians have managed – it’s estimated we collectively have over $600-billion in unused RRSP contribution room). By contributing to a spousal RRSP in their spouse’s name, they can continue to enjoy greater tax savings that come with being in a more expensive tax bracket.

Whether you contribute to a regular RRSP or a spousal RRSP, you have until March 1st, 2019 to make a contribution and count it toward 2018’s taxes.

This is not a great way to increase the number of dollars in your bank account, but it is a great way to do good in your community and make your tax amount a little lower.

When you donate to a registered charity in Canada, you get a tax receipt you can use to claim that donation on your taxes. For 2018, you get a 15% deduction on the first $200 you donate, and a 29% deduction on any amount over that. So if you gave $1,000 to charity, you can expect a cool $262 tax credit.

Check those other deductions

It’s true that most tax deductions don’t apply to most Canadians. But that doesn’t mean you shouldn’t double check. There may be ways for you to reduce taxes if you’ve bought your first home, paid a lot of medical expenses, have or have cared for someone with a disability, moved for a job, spent money on child care, or live in the far north.