How Bad Credit Can Hurt Your Job Search 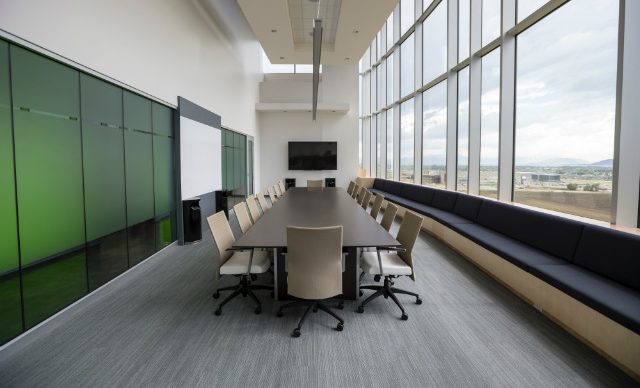 If you’re on the job hunt, you should be prepared to face a screening tool that’s on the rise in Canada: credit checks.

Credit reports are typically pulled by lenders when you apply for a financial product such as a credit card or a mortgage, but employers are increasingly using them as a measure of judging character and employability. These pre-employment credit checks don’t include your credit score, but detail your history of payments and debts, including if you pay your bills on time, as well as any liens, judgements, or bankruptcies. Basically, employers are looking for red flags.

Credit history checks are primarily required for jobs that carry fiduciary responsibility or require access to confidential information, such as banking, accounting, insurance, or pharmaceuticals, especially at the executive level.

Even Canada’s federal government runs mandatory credit checks on public servants to assess whether they pose a security risk “on the basis of financial pressure or history of poor financial responsibility,” which is another way of saying susceptibility to bribery.

But as the practice picks up in Canada, it’s spreading far beyond the financial industry—and that’s troubling many people. In 2010, clothing chain Mark’s Work Warehouse (now called Mark’s) was rebuked by Alberta’s privacy commissioner after it turned down a man for a sales associate job because of his bad credit rating. A retiree in Ontario who applied for a management job at Tim Hortons told the CBC he was “embarrassed and belittled” when his interviewer told him a credit check was a condition of employment. The man refused, and didn’t get the job.

Unsurprisingly, pre-employment credit checks are controversial. On one hand, corporations and the credit bureaus themselves argue credit reports are a good way to gauge the trustworthiness of an individual. Mark’s, for example, said at the time that credit checks help them assess the risk of in-store theft or fraud by employees.

But on the other hand, does your credit history really predict your ability to fold clothes and manage employees? Having a low credit score doesn’t make you a bad person, and isn’t necessarily reflective of your character – some people say it unfairly punishes individuals who have fallen on hard economic times, lumping them in with people who commit fraud or declare bankruptcy. It’s an emotional blow to be judged based on your financial standing, especially when it feels like it’s pointing out a moral deficiency.

A Toronto-area man turned down for an insurance advisor job with TD because of his poor credit told The Huffington Post Canada it’s “morally unjust” for companies to reject people for being unemployed. Out of work for eight months at the time, the man fell behind on some bill payments and was carrying $14,000 in debt. “They’re basically convicting me of a crime I’ve never committed,” he told HuffPo.

It’s an unfortunate catch-22: if you’ve been unemployed for a while and struggle to pay your bills on time as a result, or you’ve maxed out your credit cards, it can create a vicious cycle where you’re turned down for the very jobs that would help you get out of debt.

However, depending on the type of job and level of responsibility, credit checks are only one factor prospective employers consider. If you’ve been asked to consent to a credit check, it usually means the company wants to hire you and is in the final stages of vetting. If you’re concerned about what your credit history reveals, be proactive and bring it up with your potential employer. Without getting emotional or oversharing your life story, explain your circumstances and point to how you’re getting back on track. Generally speaking, a few late credit card payments from years ago shouldn’t hold you back.

In the Mark’s case, Alberta’s privacy commissioner said a credit check “was not reasonably required” to assess whether the job applicant could handle the duties of a sales associate, or to assess the risk of him committing theft or fraud. The retailer no longer runs credit checks on potential sales associates.

As a general rule, you should check your credit score and order a copy of your credit report at least once a year to check for any errors, and to pinpoint areas of improvement, and to be aware of any items that might require explanation to a prospective employer.