How Airbnb Can Help You Pay Down Your Mortgage 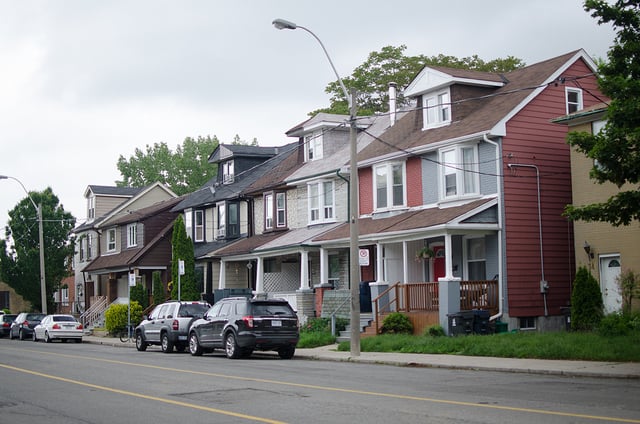 by Edward Trapunski February 8, 2016 / No Comments

Renting out a room or a floor of the house has long been a favourite tactic for Canadians struggling to meet their mortgage payments. Now homeowners have a new way to turn a spare bedroom or basement apartment into income: Airbnb.

Airbnb is a website that connects travellers with homeowners who want to earn some cash by renting unused space in their homes for short stays. Airbnb makes the connection and takes a cut of the proceeds.

It’s easy to become an Airbnb host. A valid email address, telephone number, and government-issued ID are all you need to build a unique user profile on the website.

There are more than 300 properties listed on Airbnb in each of the cities of Toronto, Vancouver and Montreal. More than half of the homeowners who post on the site are doing it to pay off the mortgage, Airbnb’s country manager for Canada told the Financial Post last year.

In July 2010, the company says it received more than 300 emails from American users who said they were on the brink of losing their homes to foreclosure because of financial hardship from the recession. They were depending on their continued ability to sublet rooms in their residences to make it.

List your space and you’ll receive $200 after your first successful booking as a brand new Airbnb host (currently available for Toronto and Vancouver only).

Marilyn, a Toronto homeowner who doesn’t want her last name used, has already paid off her mortgage. She worked as a self-employed political consultant and caterer, but is now retired with no company pension.

When she joined Airbnb, she was hoping to cover some of her day-to-day living expenses. After a year of renting out her basement apartment, she has accumulated enough to pay for her municipal taxes.

Marilyn thought she could profit from the PanAm Games frenzy last summer. She was a little late. Airbnb clients tend to book at the last minute, but they do check ratings at the Airbnb website and Marilyn hadn’t been around long enough to develop an online reputation.

Now that she has a top rating, business has picked up. At $65 a night, her price is reasonable. And since she’s a former caterer, her tea, scones, and hot breakfasts are well appreciated. Summer was good for her and Christmas was busy. She’s already booked for Valentine’s Day.

While her guests are careful about Marilyn’s credentials, she is equally careful about theirs. She won’t accept guests who don’t have an Airbnb rating and she’s set rules on her profile—no smoking, parties or arrivals after dark. So far, she’s been delighted with the people who came to stay with her.

Not everybody is happy with home share rental services. Barbara (who also didn’t want her last name used) lives on the same block as a townhouse in a trendy part of Toronto, whose owner lives elsewhere and has listed the property on VRBO, a site similar to Airbnb. Neighbours say the home is occupied by different people every week who hold late-night parties, play loud music, and use drugs. The permanent residents aren’t only concerned about noise, but about fire and vandalism. They wonder if the owner has commercial liability insurance.

In April 2015, a couple in Calgary used Airbnb to rent out their home for a weekend. The client was a young man who held a nonstop party with more than 100 people, causing excessive damage and a biohazard situation in the house. Damages were estimated to be more than $50,000.

Airbnb has launched a free $1 million liability insurance program to cover hosts. But this is secondary coverage, which requires homeowners to put in claims through their own insurance companies first. You should check with your insurer to see if rental activity is covered.

While it’s not illegal to rent out your home for short periods on Airbnb, you may be slipping around municipal bylaws. You can also get into trouble if you own a condo unit.

Most condominium corporations have rules against short-term rentals. There’s a concern about security when different people show up each night. If you rent out your condo and someone in the building complains, the board may bring an action against you and you’ll likely have to pay the board’s legal fees if you don’t stop.

Quebec has said it will crack down on rentals through companies such as Airbnb. The province introduced a new law last year, making Airbnb hosts and guests comply with the same rules as hotels do.

At the same time, Tim Hudak, former leader of the Ontario Progressive Conservative party, has a private member’s bill before the provincial legislature, which would make it easier for home-sharing websites such as Airbnb to operate. If the bill is passed, it would allow homeowners to rent their houses or condos for up to 120 days a year without a municipal license. Homeowners would also be required to hold minimum liability insurance.

As a homeowner you can make some extra money using Airbnb. Before you do, check your home insurance coverage, find out if you can rent out your unit (if you live in a rental unit or condo), and visit Airbnb’s website for hints and guidelines.

Ready to become a host? Click here to list your space and you’ll receive $200 after your first successful booking as a brand new Airbnb host. Courtesy of Ratehub.ca and Airbnb (currently available for Toronto and Vancouver only).