Digital Money Trends Report: What We Learned About Saving and Investing 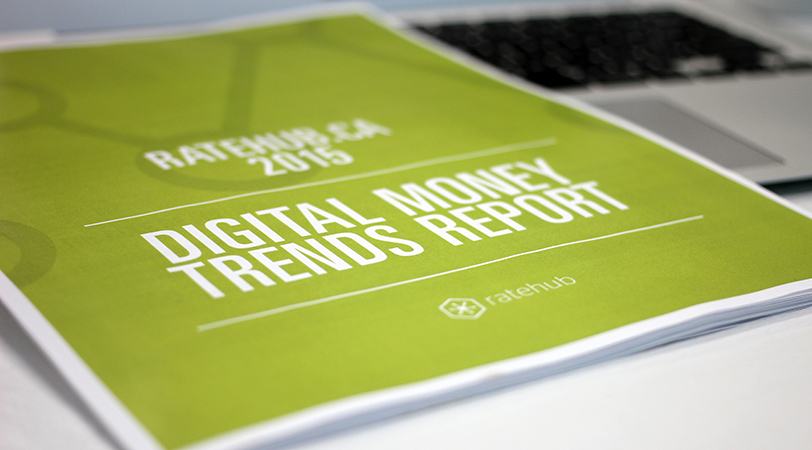 This morning, Ratehub.ca released its inaugural Digital Money Trends Report, which looks at how Canadians are using technology to manage their finances and make decisions about money. We wanted to learn about how Canadians make decisions about money, what information they’re looking for the most, and how they feel about the financial options that are available to them.

Canadians are big on tax shelters

We love our RRSPs and TFSAs. So much so that we search for tax-free savings accounts 120,000 times a month on Google. And as we saw in October, we like TFSAs so much that they became an election issue – and changes to the annual contribution limit was one of the first pieces of legislation passed by the Liberal government. Where we get confused are some of the other tax shelters available to us. Less than half said they understand the benefits of registered education savings plans (RESPs). That’s understandable because it’s safe to assume the other half don’t have children whose educations they’ll need to pay for. But when it comes to later life retirement tax shelters like retirement income funds (RIFs), only 15% said they got the point. That’s a concern because all those people with RRSPs are going to have to make decisions about what to do with their savings when they reach retirement age.

This is something we probably already knew. Changes to the Canada Pension Plan, and Ontario’s forthcoming provincial pension plan are sure signs that we don’t save enough money for retirement on our own. Even though almost everyone who answered our survey is saving at least some money every month, and three-quarters are saving with retirement in mind, less than half said they’re confident they’ll have enough money to retire. Maybe that’s because there are other big things taking away our attention. Canadians are saving for an average of 2.4 different goals, ranging from retirement to life events, emergencies, down payments, and major purchases. Not surprisingly, people who make more money are more likely to be confident in their retirement savings. Whereas 57% of people earning more than $100,000 said they were on track to retire, 61% of those earning $30,000 to $50,000 a year said the opposite.

We don’t (always) trust our banks

When we did the survey, a big question we asked was, “Do you believe you’re being offered the best rates for your investments from your primary financial institution?” And the response was, “No.” Almost two-thirds said they didn’t think their banks were offering them the best deals, and 57% said they shop around to try to get better rates and promotions. A quarter said they’ll open a bank account to take advantage of a special offer or free gift, and 10% said they have five or more bank accounts. The lesson? You can probably get a better deal when you compare savings accounts than if you just walk into a branch of the bank you already use.

The future is coming…we think

As a financial technology company, we love it when others do innovative things to advance the way Canadians manage their money online. One thing we’re excited about is the advent of robo-advisers. Similar to human financial advisors, robo-advisers help you manage your portfolio and make decisions based on a general set of rules. But rather than checking in once a quarter or once a year, robo-advisers can analyze market trends and make adjustments before you even notice anything’s changed. But they haven’t quite broken through yet. Almost two-thirds self-manage their portfolios, and 30% use a financial advisor, but only 2% used an online investment provider. Regardless of how people manage their investments, their favourite thing to invest in is mutual funds. Stocks and GICs were other popular options, and one-third said they try to negotiate for more when they compare GIC rates.