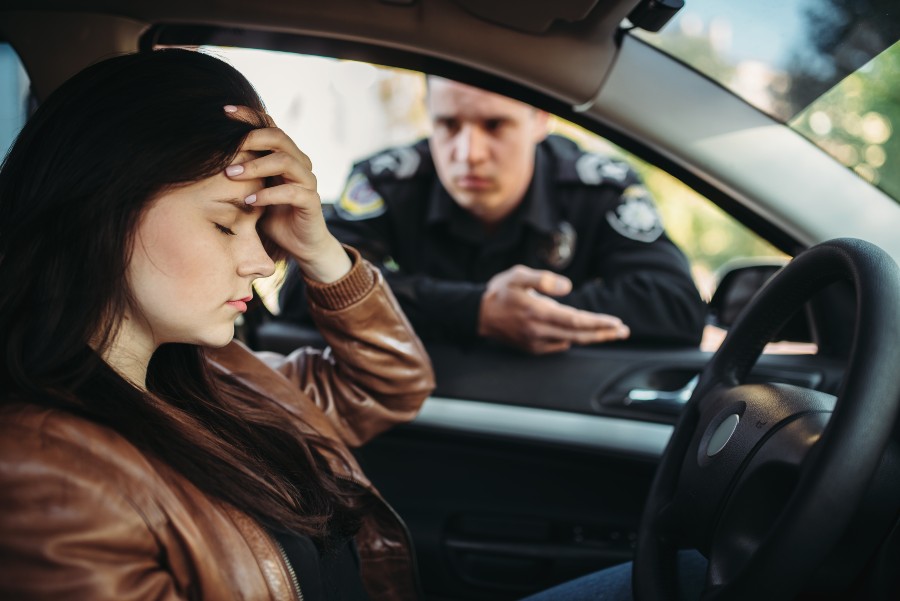 According to MTO traffic conviction data, police gave out 475,255 speeding tickets, over 7,000 charges related to intoxicants, and 540 tickets for dangerous driving. While the number of convictions decline each year as drivers adapt to the costlier infractions; it’s not just the ticket, expect to see much higher insurance rates, too.

To illustrate this, we looked at common driving infractions, the cost of the ticket, and the resulting changes to your Ontario car insurance rates. For our study, we compared insurance quotes for a 30-year-old female driver with a Honda Civic and an otherwise clean driving record.

Does one speeding ticket affect insurance?

In our study, 86% of insurers raised rates $20-$60 per month after one speeding ticket for speeding that’s under 15kms above the posted limit. The traffic ticket for this is $3 for every KM over the speed limit. In our scenario, let’s say our driver was going 15km over at $3 per, add in the $10 surcharge (for any traffic violation fine under $50) and you’re paying $55. While speeding is a minor conviction, and this ticket may seem like a small cost, let’s take a look at the insurance implications.

How much will insurance go up after a speeding ticket?

Depending on your insurer, you could see your rates increase between $20 to $60 per month and the conviction will stay on your record for three years, meaning you could pay up to $2,160 in extra insurance costs over that period. See how quickly $55 can turn into thousands of dollars of additional costs?

If you have a conviction protector, an endorsement some companies like Aviva and Intact offer on your policy, you wouldn’t see any increases. It costs $30–$50 per year. However, if you want to switch insurance providers, the conviction protection goes away and you’ll pay whatever your new insurance provider feels is the right increase. In other words, you may be financially locked in with your insurer until the ticket comes off your record, but you can always shop around for quotes to see if you can find a better rate (just make sure you inform them of your ticket).

The official definition of careless driving in Ontario is “a vehicle on a highway without due care and attention or without reasonable consideration for other people on the highway.” In other words, the ticket issuing officer has considerable leeway when it comes to determining your fine.

On conviction, you’ll face a fine between $400 and $2,000, six demerit points, and a substantial increase to your Ontario car insurance rates.

But, you’re not a careless driver, right? Well, let’s take a look.

Examples of careless driving in Ontario:

Let’s pull out the “using your cell phone while driving” example.

The fine for distracted driving in Ontario is $1,000, three demerit points, and a 15–20% increase to your car insurance per year.

However, If you endanger anyone, which again is up to the officer, that’s careless driving.

While the distinction between the two is clear, the definition of careless driving is “without reasonable consideration.” So, it’s up to the discretion of the ticketing officer to determine your charges.

In fact, the ticketing officer could escalate your charge of careless driving causing bodily harm to dangerous driving. Dangerous driving is a criminal offence for, “operating a motor vehicle in a manner that is dangerous to the public…” and gives you a criminal record for life, mandatory one year license suspension, and the possibility of jail.

Let’s look at how it affects your future auto insurance quotes.

In our same study with the clean driving 30-year-old female Honda Civic owner, her rates shot up over 80% or an increase of $390 to her regular monthly insurance premium. It takes three years to come off your record, so that’s an extra $14,400 total over that time span.

Not only that, several insurers opted to not even provide quotes. Insurers do this because they don’t want high-risk drivers on their books raising rates for everyone. You may have to use the Facility Association who will facilitate your car insurance rates with a provider and you could see 200–300 percent increases to your premiums. Driving a car could become cost prohibitive.

One more drink before I go: Getting a DUI in Ontario

We’ve covered how minor activities can become major infractions. How about one more drink with a friend? It could put you over the legal blood alcohol limit.

If you’re charged with a DUI, and convicted, it’s a criminal offense. A DUI conviction in Ontario will stay on your record for three years. If your license was suspended, it can stay for six years. Under Canada’s new impaired driving laws, the fine for a first offence ranges between $1,000 and $2,500 depending on your blood alcohol level. You can also face two years in jail.

You’ll be labelled a high-risk driver and your insurance rates could go up as much as 500% or an annual insurance premium of over $10,000.

According to MADD, vehicle crashes involving imparied drivers are the leading criminal cause of death in Canada.

If you drink, don’t drive. The consequences are too dire.

Be extra cautious, don’t rush, don’t use your phone, don’t drink and drive. A minor ticket is a small cost compared to the insurance increase. The extra $14 for a craft cocktail could mean $1,000 for a traffic ticket, but $24,000 in insurance costs on renewal.  And most insurers won’t  want your money even if you could afford it.

categories: Auto Insurance Insurance
tags:
The best TFSA savings accounts in Canada for 2021 How much does it cost to refinance your mortgage?