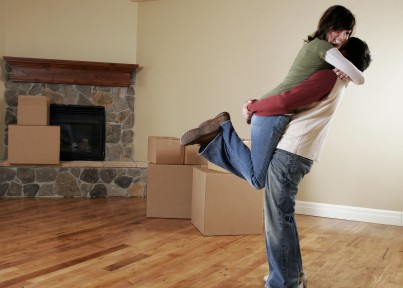 Life got a little easier for first-time home buyers in British Columbia. Finance Minister Kevin Falcon announced that the province approved the BC first-time home buyers’ bonus which awards a one-time refundable income tax credit worth up to $10,000. The bonus, however, is temporary and will last until March 31, 2013. [1]

The new first-time home buyers’ bonus arrives amid a difficult time of housing affordability for British Columbians. Currently, the housing market in BC remains the least affordable in Canada due to sky-high home prices. The Royal Bank of Canada reports that a typical BC home buyer requires approximately 70% of their household’s pre-tax income to pay for housing (mortgage payments, utilities, and property tax). And the number gets worse for those living in Vancouver, which carries a $750,000+ average home price according to the CMHC. Residents of the Vancouver area require more than 94% of their household income to cover the necessary ownership costs for a two-storey home. [2]

This new rebate program will help new buyers get into the BC real estate market and ease the cost of ownership by granting first-time home buyers an extra $10,000 contribution to go towards their down payment. The Finance Minister believes this move will help both new buyers and the new home construction industry which is projected to slow down in Canada over the next year.

This should help push many on-the-fence first-time home buyers into ownership as BC mortgage rates continue to be favourable, hovering at historic lows.

How to qualify for the BC First-time Home Buyers’ Bonus

*An eligible home can be a newly constructed home, a substantially renovated home, or an owner-built home where HST is payable

The bonus is actually equal to 5% of the purchase price, up to a maximum of $10,000. Also, the BC First-time Home Buyers’ Bonus declines as net income increases in an effort to phase-out higher income earners.

Potential buyers should consult with the builder to determine if the home in question is subject to HST.

For more information you can contact the Ministry of Finance for the Province of British Columbia.