Bank of Canada maintains its overnight rate at 1.75% 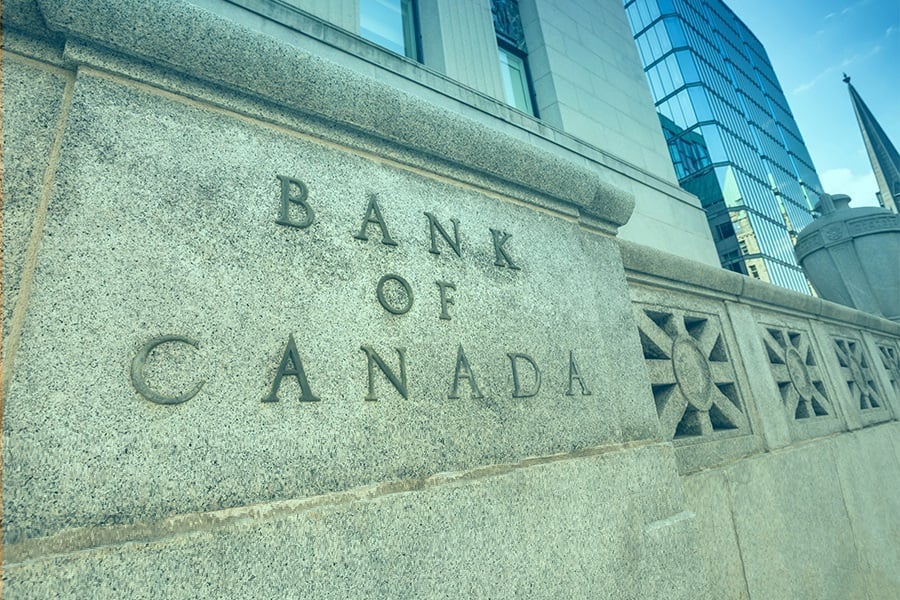 The Bank of Canada today announced it will be holding the key overnight rate at 1.75%.

This reflects the Bank of Canada’s less than convincing confidence in the Canadian economy, and a desire to keep interest rates at record lows. Despite signs of stabilization in the global economy, uncertainty has increased with recent geopolitical tensions. However James Laird, president of CanWise Financial, said the Bank of Canada’s motivations are likely primarily domestic.

“As expected, the Bank of Canada maintained the target overnight rate at 1.75 percent. The Bank’s announcement was notably pessimistic, citing several areas of concern including weaker economic growth, falling exports, slowing business investments, slowing job creation, and declining consumer confidence,” he said. “If these variables continue to decline, monetary stimulus may be required at some point in 2020. The Bank’s language and tone is signaling that a rate drop is now more likely.

Anyone who currently has a variable rate mortgage should be pleased with this announcement, because it’s now more likely the prime lending rate will drop in 2020. In that case, case variable mortgage rates would be likely to drop.

Directly following this morning’s announcement, the 5-year Government of Canada bond yield dropped by more than 5 percent, suggesting that the market is starting to price in a rate drop. The falling bond yield suggests that fixed-rate mortgages may drop in the near term.

James Laird says it’s good news for prospective home buyers, as long as they start the process of getting a mortgage pre-approval soon.

“Anyone looking to purchase a home in the spring of 2020 should get a pre-approval now, to understand how much they can qualify for and to hold today’s rates for the next 4 months. Consumers should also watch for lenders launching their spring promotions.”