Apple Card – A Breakdown from a Canadian Perspective 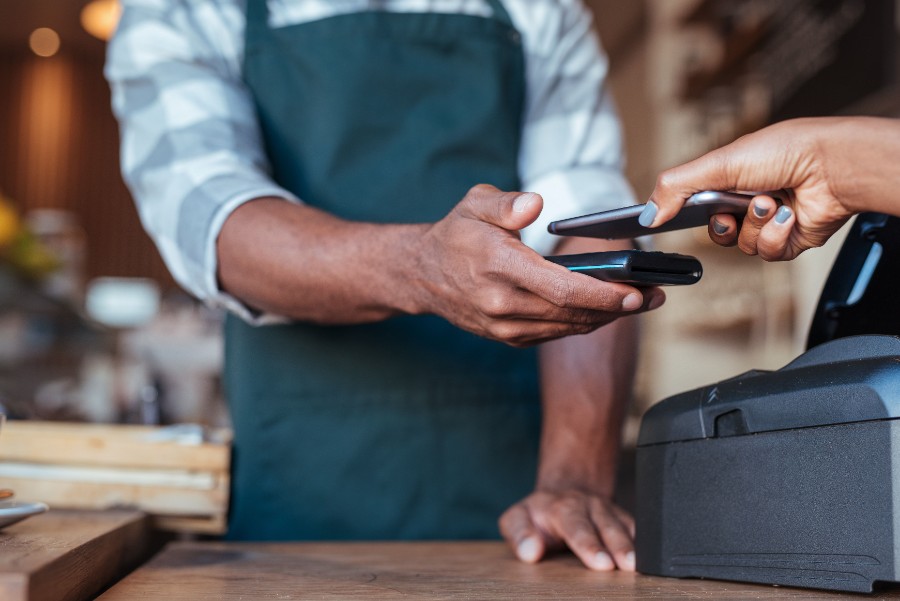 Compared to the real estate market or mortgage rate changes, credit cards don’t inspire as many front-page headlines or water cooler conversations. That changed on March 25, 2019, when tech-giant Apple announced it will be launching its own credit card.

Simply called Apple Card, this new credit card made international news despite the fact that, as of now, it’s only set to launch in the US.

Even with no current plans for Apple Card to be released in Canada, it’s been a hot topic of discussion among personal finance enthusiasts, journalists, and Apple fans here in the Great White North.

The credit card’s brand appeal may be the biggest reason it’s getting the spotlight, but Apple Card is also spurring quite a bit of interest for how it’s set to usher in a new era of app-driven credit cards. Below, we break down some basic facts about the Apple Card from a Canadian perspective.

Apple Card is a personal credit card issued by Mastercard and launched in partnership with Goldman Sachs. It will be released this summer only to US consumers and there are no current plans for a Canadian version.

First and foremost a digital credit card, Apple Card will be carried virtually on the Apple Wallet app available on all iOS devices (such as the iPhone and Apple Watch) with payments to be made through Apple Pay. That means the card will not be available on Android devices.

Apple pay, which is currently available in Canada and compatible with many credit cards, is a contactless payment system that allows Apple device owners to quickly make a purchase with their device as opposed to having to tap or swipe a physical credit card. To authorize a payment via Apple Pay, cardholders first need to prove their identity either with a fingerprint (via Apple ID) or facial recognition (via Face ID).

A physical Apple Card will also be available for cases when Tap or Apple Pay are not accepted as payment options. Interestingly, the physical Apple Card will be made of titanium and will not include a Tap feature. It’ll also lack any card information including a card number, CVV security code, expiration date, or signature – with all those important card details only available to view on Apple’s Wallet app. While this may result in a few awkward glances from some cashiers, it can help to add an extra layer of security, particularly in the case the card is lost or stolen. Additionally, cardholders can use the Wallet app to generate a new card number at any time without having to reach out to customer support.

Apple Card drops in the US this summer and is designed to be accessible to most consumers. With that in mind, Apple Card is a no fee card with:

In terms of interest rates, Apple Card will have an APR of anywhere between 13.24% and 24.24% depending on a cardholder’s overall creditworthiness. At a potential APR of 13.24%, the interest rate is certainly on the low end as far as credit cards go, especially for one that offers rewards.

In terms of rewards, Apple Card doesn’t offer points as part of a loyalty program but instead opts for simple and straight-forward cash back. The amount of cash back the card offers vary based on the following:

While cash back isn’t unique, how Apple differentiates itself is the frequency in which it offers its rewards – allowing cardholders to redeem daily, not annually or monthly like most typical credit cards.

One thing to consider is that currently Apple Pay is often capped to purchases of $100 or less. That means the 2% cash back rate may only be an option for smaller purchases. It’s not clear whether this limit will increase with the release of Apple Card.

Apple is banking on its expertise in user experience and technology to help ensure that, what is by most accounts, the first mass-market app-driven credit card is a success.

Through Apple’s Wallet app, cardholders will have access to a clean and colour-coded interface that will make it easy to track their spending on a weekly or monthly basis. It’ll also show how much interest they would owe, in real dollar terms, if they were to carry a balance. Also, instead of obscure merchant codes, the app will present actual merchant names, so cardholders can easily reference the names of the stores and restaurants where they made a purchase.

The Wallet app will also allow cardholders to text for customer support as opposed to having to wait on hold to speak to a customer service agent directly over the phone.

As mentioned earlier, Apple Card is currently only set to be released to US customers and again, there are no plans for the card to be released in Canada.

However, even if Apple Card were to eventually come to Canada, we speculate it would differ from the US version of the card we broke down above. Unfortunately, as a no fee card, it would likely offer a less impressive earn rate than the flat 2% cash back rate offered to US consumers due to the considerable differences in the competitive landscape of Canada’s credit card industry.

Plus, while Apple Card is backed by Goldman Sachs in the US, Apple would likely partner with another financial institution if it were to launch a Canadian version of its credit card. The big question here is whether it would open up competition for cash back credit cards in Canada, but only time will tell.

Below, we break down the best cash back credit cards in Canada including those that overlap with some of Apple Card’s best features. 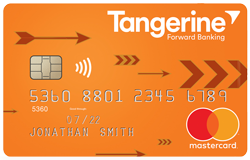 Similar to Apple Card, the Tangerine Money-Back Card is a no annual fee card that can earn you up to 2% cash back on select purchases.

You’ll earn 2% in up to three spending categories (you can pick from a total of ten potential categories including gas, groceries and restaurants) and 0.5% cash back on all other purchases. Tangerine also offers a great digital app experience that, like Apple’s Wallet app, lets you track your spending according to category and easily identify where you shop based on actual merchant names as opposed to cryptic merchant codes. 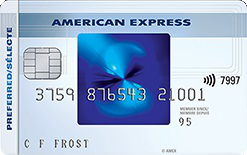 The SimplyCash Preferred from American Express will get you 2% cash back on all your purchases. While it does come with a $99 annual fee, it also boasts an impressive welcome offer that lets you earn 10% cash back for your four months of card membership or on your initial $4,000 in purchases ($400 value). This card also comes with perks such as early access to concert tickets through American Express Invites.

The SimplyCash Card from AMEX is a no fee alternative of the card above that offers a flat 1.25% cash back.

You can also link both these AMEX cash back cards to Apple Pay and make purchases through your Apple iPhone or Apple Watch without having to carry around a physical card. 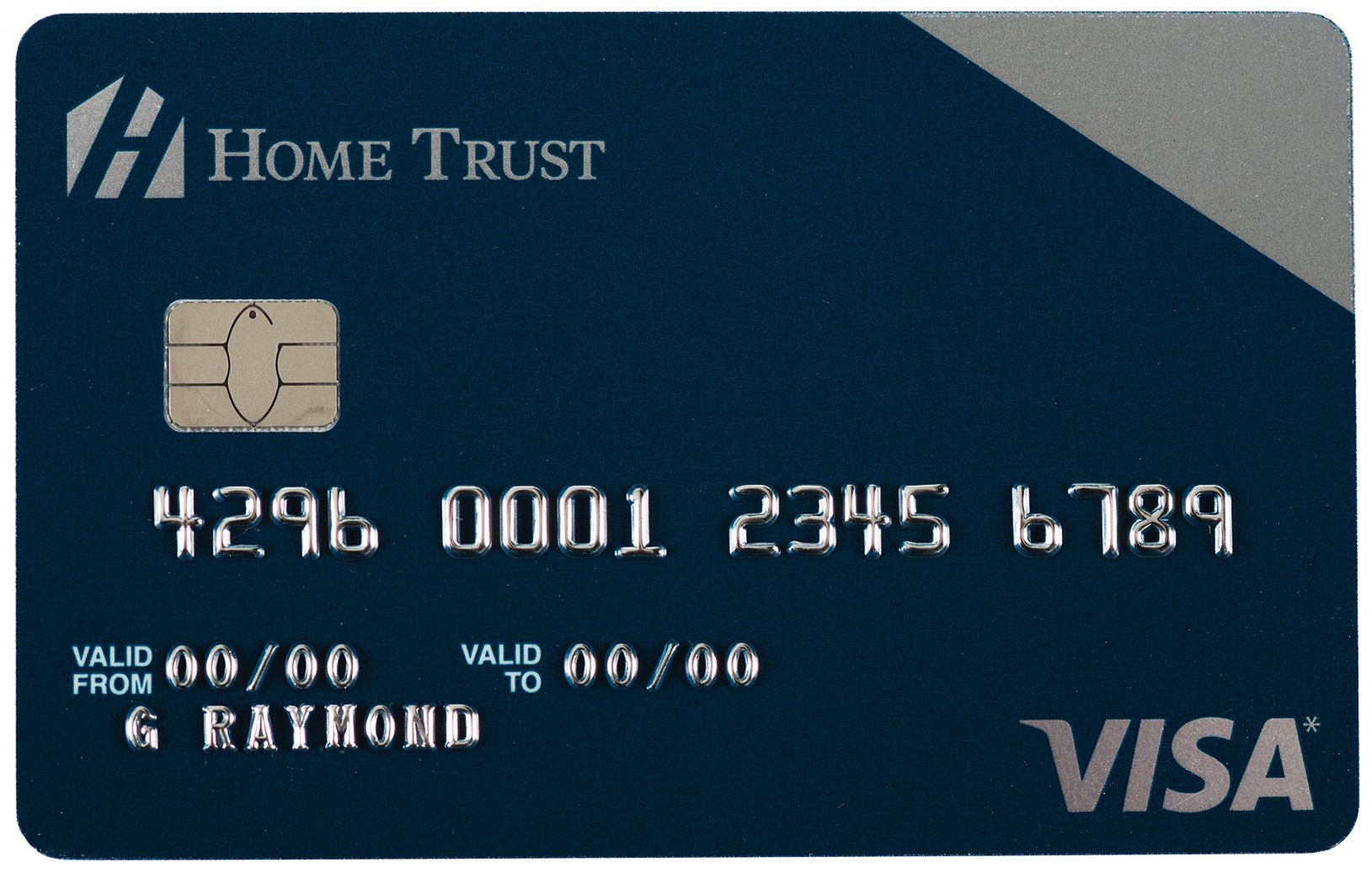 The Home Trust Preferred Visa has no annual fee, no foreign transaction fees and offers a 1% cash back on all your purchases.

If the potential to secure a low 13.24% interest rate on the Apple Card is what intrigued you the most, as opposed to the cash back rewards, then you may want to consider the True Line Mastercard from MBNA. This low interest credit card has no annual fee and charges a fixed interest rate of 12.99%. It also features an undeniably strong balance transfer interest rate of 0% for the first ten months of card membership.

One important caveat however, the True Line Mastercard does not offer any rewards on your spending.