4 Tough (But Crucial) Financial Talks Every Family Needs to Have 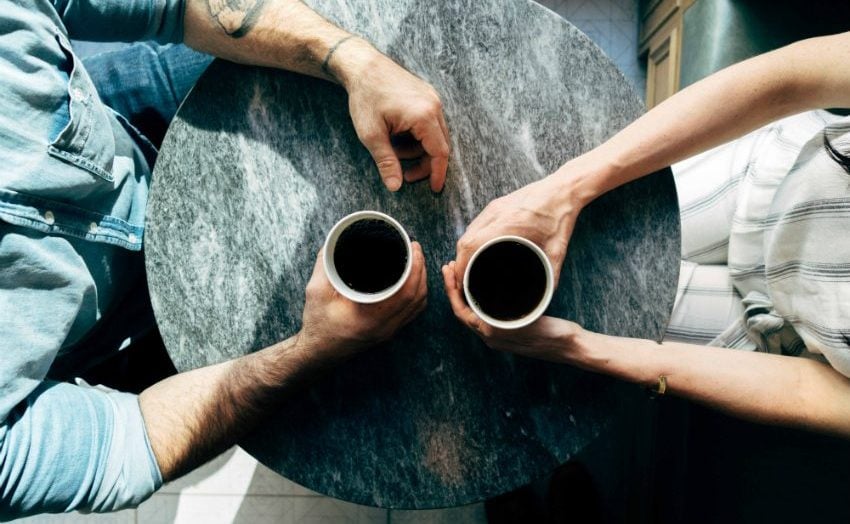 Wealth advisor Ted Rechtshaffen has a saying he heard from an estate lawyer: “To kids, the will is proof that Mom loved you best.”

The president of Toronto-based TriDelta Financial says many families don’t discuss money on a day-to-day basis, let alone dive into the uncomfortable nitty-gritty of planning for the end. There’s usually a trigger that prompts action — death, or progressive illness — and the resulting chaos is all too familiar.

“We read about, hear about, and see in our business lots of families that break apart after the second parent passes away,” he says. “As the aging parents, you have to look at it and say, ‘Is that what I want to have happen?'”

Discussions around finances and end-of-life issues can be prickly, even when the “children” in question are adults themselves — for some people, bringing up power of attorney or financial record keeping may evoke feelings of insecurity, incompetence, or distrust. But for the sake of efficient financial planning and minimizing the chance of family fights, hard conversations need to be normalized. Whether it’s the parent or child raising the issues, there are a few key discussions every family needs to have.

Why it’s important: Laws differ by province and territory, but powers of attorney generally fall under property and personal care. This allows a designated person make financial and health care decisions on your behalf if you’re unable to do so. This usually falls to a spouse or adult child, but ultimately it should be someone who you trust completely and has your best interests in mind. “Without it, often a doctor or a bank will say, ‘We can’t help you’ or ‘We don’t know what to do’ and they’ll do something different than what you want,” Rechtshaffen says.

How to bring it up: Some parents might be reluctant to discuss it because they see it as giving up control, but Rechtshaffen has a clever segue that actually works for a number of awkward topics: Find a news article with a power of attorney horror story. “Send it to your parents and go, ‘Just curious — how are you guys set up?'”

Why it’s important: It’s not enough just to have a will — Rechtshaffen says parents need to make clear what they’re trying to achieve by explaining how they’re dividing the pie and why. One child might receive a higher inheritance because they spent years tending to their parents’ health, for example. The conversation is especially important for people in second (or third, or fourth…) marriages with step-children or half-siblings. “Quite often, how a will is perceived by kids is not necessarily the intention of the parent,” Rechtshaffen says. “But without a conversation, how are you supposed to know?”

Wills are also important for financial planning. A BMO survey on estate planning for complex family dynamics found almost half of Canadians don’t have a will, but dying without one (called dying “intestate”) means any of your plans or intentions are thrown out the window — your provincial or territorial government has total control over dividing your assets. As RBC puts it, this risks leaving a “legacy of litigation” to your heirs.

How to bring it up: Even the possibility of stoking tension is enough for many people to avoid it. “The problem is, avoiding the conversation often leaves real problems for the people you leave behind,” Rechtshaffen says. Not every decision will be popular, but it’s also not a negotiation. “It’s more, ‘I just want to explain it to you because I respect you, and I want you to respect me.'”

Why it’s important: An advance care plan spells out an individual’s preferences in the event they can’t speak for themselves. This includes life-saving measures they do and don’t want (CPR, being kept alive on ventilation), long-term care (nursing home vs. at-home care), and end-of-life wishes (religious rites and rituals, dying at home vs. palliative care). This is perhaps the toughest conversation to have, but Rechtshaffen is blunt with clients about their options: “Have the discussion while you’re still around to have a good discussion about it, or wait until it’s too late. Which one is better?” With clear directives, family can act with confidence that wishes and values are being respected.

How to bring it up: This is another one you want to talk about before someone is lying unconscious in the hospital. It’s likely aging parents have it on their minds, especially if they’ve seen friends, co-workers, or acquaintances (and their families) deal with it. Again, emailing a news article on the topic (send them this one!) or bringing up a friend’s experience is a good way for either parents or children to start the process. When it’s coming from a place of care and concern, the other party will likely be relieved it was brought up.

Why it’s important: Having financial documents organized and accessible means loved ones won’t have to waste time and money tracking everything down. Ideally, Rechtshaffen says, you should have one electronic copy and one original copy filed away, with your kids and spouse knowing exactly where to find everything. This includes bank account information, tax returns, insurance plans, brokerage accounts, private investments, safety deposit box, a record of assets, and contact details for any lawyers or financial advisors you deal with. TriDelta Financial offers a free All In One Place checklist to help guide you.

How to bring it up: For the sake of both children and spouses, it’s in everyone’s best interest to be proactive to be organized and inform children where they can find everything as early as when they’re teenagers. If parents are uncomfortable sharing exactly what kind of assets and investments they have (no one needs to hand over online passwords), they should at least have everything organized so it’s easy to find.