2016 Digital Money Trends Report: What We Learned About Mortgages 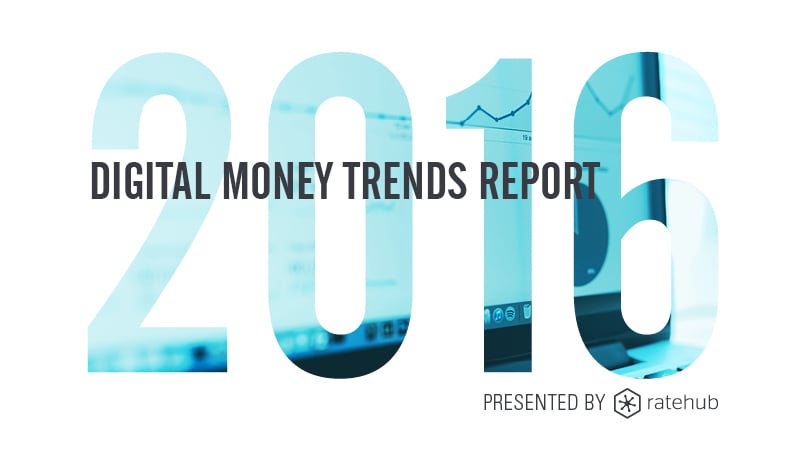 This morning, Ratehub.ca released its 2016 Digital Money Trends Report. The second annual report is a look at how Canadians use technology to manage their finances. The report combines survey data with anonymous Ratehub.ca user data, as well as Google search trends. The report covers a wide variety of personal finance topics, but none is more important to Ratehub.ca than mortgages. Here’s what we learned about our favourite subject:

The spread between fixed and variable mortgage rates is getting smaller

In 2016, the spread between the average 5-year fixed rate and the average 5-year variable rate came down to just 25 basis points (bps), the smallest it’s been in years. That, combined with uncertainty about whether rates will go up, has led Ratehub.ca users to select fixed-rate mortgages by an overwhelming majority. Users who compared mortgage rates on Ratehub.ca in 2016 selected fixed-rate mortgages 68% of the time, while just 30% of requests were for variable-rate mortgages (last year, the requests were 55% and 42%, respectively).

Non-homeowners are saving like their lives depend on it

We asked people who didn’t own a home whether they were saving for a down payment, and how much they were saving to reach their goals. Fifty percent of people aged 18-34 who don’t own their home are saving up to buy one. And across all generations, people who are saving for a down payment are putting away a serious portion of they paycheques. A whopping 86% of survey respondents say they’re saving 10% of their income or more. Forty-two percent say they’re saving one-quarter or more. And almost one-in-five (18%) are saving at least half of their income.

Homebuyers are starting their search online

This may not be a surprise but when it comes to getting a mortgage, Canadians are turning to Google to start their search. Canadians click on Google to search for mortgage-related keywords more than 750,000 times a month. Leading the categories are mortgage calculators with 525,000 monthly searches, banks with 247,000, and rates with 144,000. Across all financial products, we learned that 71% of Canadians look at online reviews before making a decision, and 73% of millennials and generation Xers use comparison websites to shop for rates.

Check back tomorrow for more info on how Canadians are using their savings accounts, as learned from the 2016 Digital Money Trends Report, or download the full report here.