What is a Land Lease Home? 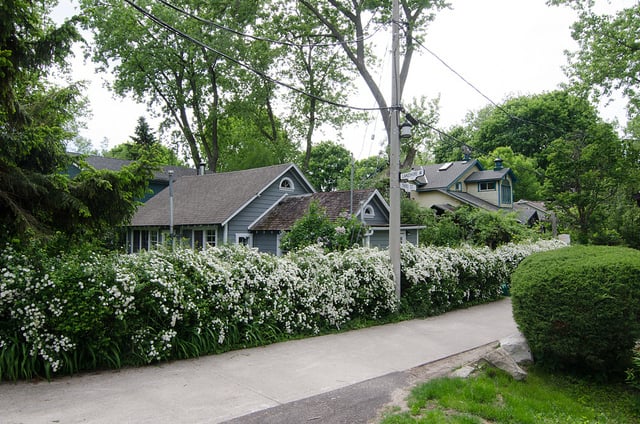 With housing prices out of reach in certain parts of the country, Canadians are looking for other ways to be able to afford a place to live. Land lease is one approach that can reduce the cost of homeownership.

What is a land lease home?

Using the land lease model you’ll buy and own the building, but you lease the land it sits on. This is because the land and the structure are owned independently. The lease can run as long as 99 years, so while the land being snatched from under your house is possible, the chances are slim.

You won’t necessarily get a lease that runs for 99 years, however. For example, you could be buying the structure or building from someone who might have been there for some time. In this case, you might be taking on the remainder of their lease.

When you buy a house on leased land, you can get a mortgage as usual. However, if the lease is about to run out, it could be difficult to find a financial institution willing to lend the money. The mortgage payments will likely be less than for a freehold house because the home’s purchase price is lower. But because land lease properties are often located in communities of similar properties, they may come with homeowner association fees that cover common services and areas like landscaping, community pools, and community buildings. Property taxes tend to be lower because you don’t own the land, which takes the sting out of homeowner association fees.

The big advantage of a land lease property, of course, is affordability, since the land is not part of the package. If the lease isn’t expiring until well into the future, it can be a sound investment, because the building can be significantly cheaper than nearby real estate. Rather than financing the home and the land, you only have to finance the home. Once the mortgage is paid off, the only cost is the lease on the land, which tends to lower than mortgage payments. Lenders tend to ask for a down payment of 25% to 30% because they’re uncomfortable that you don’t own the land.

Sometimes a real estate listing doesn’t explicitly state that it’s a land lease opportunity. But they can be easy to spot. The first sign is if the asking price is far below market value. Important words to look for in a listing are “manufactured home” and “leasehold interest”. Another indicator is steep homeowner association fees, which include features described as “association pool” or “association tennis courts.”

There are developers who build planned communities on parcels of land and manage them on an ongoing basis. It’s a model for retirement communities and also for some condominium-type apartments in urban areas. The regulations are somewhat different for condos, which vary by province.

Increasingly, First Nation bands are leasing land located on reserves set aside under the Indian Act of Canada. Some friends of mine have bought (or leased, depending on how you want to define it) a cottage on an island north of the city. They see it as no different than owning any other cottage, except for the price.

Land lease properties are relatively inexpensive and in tight-knit communities, so they tend not to be listed publicly. Generally, you’d find out about them from a friend of a friend. Despite that, it’s still a good idea to work with a realtor, real estate lawyer, and mortgage broker, especially ones who have done these sorts of transactions before. In areas where they’re more common, local lenders have developed packages to address the special situation of a land lease. The CMHC will insure most land lease mortgages.

Some municipalities, universities, and other public institutions have designated some of their property for a long-term land lease either because it’s endowed or has some long-term value. The Toronto Islands are a special case. The 262 residential properties on Ward’s Island and Algonquin Island are overseen by the Toronto Islands Residential Community Trust. The trust maintains a waiting list of 500 names who want to lease land on the Island. The list is always at its maximum. Since the establishment of the purchasers’ list in 1994, 54 island homes and leases have been sold.

It’s been estimated that it takes about 35 years to get to the top of the list so you might want to register your newborn at the same time you’re joining the list. One 35-year-old resident—who lives on the island because his family has been there through the years—told me he’d like to see more turnover because the population there has gotten older and grayer. “It would be good to get more young people,” he says.

Questions to ask before buying a land lease home

Alongside the normal questions you should ask of anyone selling you a home, land lease transactions have a few additional issues that you’ll want to clear up before making an offer.

How much time is left on the lease?

If the time remaining on the lease is shorter than the time you plan to remain in the home, it’s important to know what happens to your interest in the property at the end of the lease term. Ideally, the lease will exceed your potential remaining lifespan to protect your financial interests and your peace of mind. While you may not live in the house for the rest of your life, it’s nice to know that you can. If you do decide to move on, a short remaining lease term will affect your ability to sell. It’s difficult to get a 30-year mortgage if the remaining term on the land is 20 years.

What happens if the lease expires while you still own the house?

If the lease expires and isn’t renewed, you may have to give up the land your house is built on. Some surrender clauses maintain that you have to give up any improvements you made to the property. If the lease expires and you have to leave, theoretically you can take your house with you. Practically, the only way you can take your house with you is if you have a mobile home. That’s one of the reasons land lease is becoming increasingly popular with retired people. Trailer parks are becoming the most common form of land lease arrangements and are flourishing around golf courses and tennis courts.

Are you really saving money?

Owning a home on leased land includes a monthly fee determined by another party. There are also homeowner association fees that can escalate at will. You might be better off renting.

Want do you own at the end of the day?

With a land lease, you can’t really build a lot of equity. As the remaining term shortens with each passing year, the resale of the home is likely to become more difficult. If you want to leave an estate for your heirs, a home on leased land is not nearly as valuable as a traditional home.

Land lease property can offer genuine value, especially for homebuyers with lower than average buying power, such as retirees or first time homebuyers. However, land leases also present some unique issues that you’ll need to resolve before going ahead with the purchase. If you take the time to consult with a real estate lawyer and mortgage broker when before you make an offer, you should be armed with the expert advice you need to make the right decision for you.