The Perils of Timing the Housing Market 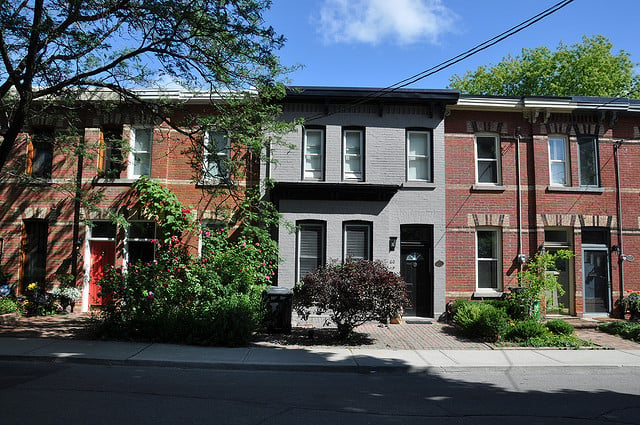 All the news you hear about the housing market is often bad – unless you own a house.

Over the past 10 years, prices for residential properties in Canada have jumped by 42%. In Toronto and Vancouver, the leap has been extreme. Since 2005, the price increase in East Vancouver was 99%. Prices for a detached house across all of Vancouver have spiked by 20% from a year ago to an average of about $1.2 million.

A recent Economist magazine survey of 26 housing markets around the world shows that Canada has the highest housing prices in relation to its residential rental rates and to after-tax income. The survey said properties are overvalued by more than 30%.

According to the Canada Mortgage and Housing Corporation, 11 of the 15 major municipal centres in Canada have overvaluation problems. The Bank of Canada maintains that the overvaluation is as high as 30%, while the International Monetary Fund estimates that Canada’s housing market is overvalued by 7% to 20%, depending on the region. Last week, Ottawa announced mortgage rule changes, aimed at cooling down the Vancouver and Toronto housing markets.

Sales drop sharply and houses become illiquid when the economy can’t sustain the price or if mortgage rates become untenable. But there are also substantive reasons that property prices will stay high – a finite land base and steady population growth. There simply aren’t enough properties being listed to keep up with demand as baby boomers opt to stay in their family homes.

While the pundits and commentators bemoan overvaluation, based on the bidding wars and sales in 2015, house buyers don’t seem to agree. With 96,401 home sales in the Toronto area between January and November, this year is already a record, according to the Toronto Real Estate Board.

Still there are holdouts. Johanna, my neighbour in midtown Toronto who rents, has been pondering the buying versus renting dilemma since 2006.

“My current rent is nominal, a fact which allowed me to hold on over the years,” she says. “However, space is tight and I have to rely on keeping a lot in storage – an expense I would sooner be done with.”

“Earlier last week I was feeling ready to cave, but by midweek the media had me feeling jumpy again,” Joanna explains. “No one wants to be the last fool to buy before a radical correction – especially a correction one has been eagerly anticipating (any-day-now-for-sure) since 2006!”

She recently went to see the condos currently for sale at The Oaklands, a classic condo building in Toronto which won the 1983 Governor General’s Medal in Architecture. Joanna’s been watching this building for a number of years. Two years ago, she looked at a 1,700 square foot unit in original condition.

“It cost $850,000, but monthly maintenance was close to $1,500 with no amenities such as a fitness or party room. So I decided to wait,” Joanna explains. “A realtor bought the unit, renovated it, and then flipped it for $1.3 million.”

Many of the units in this property are currently undergoing a similar process, with market price increases of $200,000 to $600,000. One big drawback is that this building is electrically heated. “Ever since the 1990s, when the Ontario government decided to reorganize the utility and stop subsidizing electricity rates in the province, hydro costs have been skyrocketing and will continue to do so,” she says.

“I have these moments when I just feel like saying the heck-with-it-all, and buying something/anything that’s currently available and somewhat workable, just to clear the problem from the agenda and have a place to call home,” Joanna says, adding that there’s an eight-storey condo going up just south of The Oaklands that’s a possibility. “But it requires even further forbearance on my part and so the dithering continues.”

“In the final analysis, I suspect that when it comes to buying a personal home one has to treat the real estate market a bit like the stock market and just respect the fact that it is very hard to time the market,” she concludes. “However, that is more easily said than done.”

Meanwhile, for 10 years Johanna has been out of a very hot market and missed some very low interest rates. While it’s true that housing prices may drop, it’s also possible that prices may continue to appreciate. If she buys the property as a place to live, and not for speculation, it won’t matter to her if there are ups and downs over the course of time. If the rest of her life is stable enough, she’d have the comfort of knowing that the roof over her head is her own and she wouldn’t be subject to the whims of a landlord.