The 10 Most Photographed Buildings in Toronto 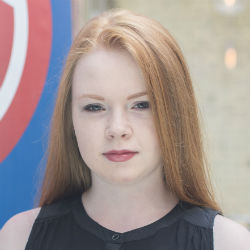 With the ongoing Pan Am and Parapan Am Games, thousands of sports enthusiasts and tourists have flocked to Toronto. Because we encourage vacations using credit card rewards all the time, our friends at TheRedPin.com have complied a list of the 10 Most Photographed Buildings In Toronto that any passing travellers are likely to discover.

Positioned in the heart of Toronto’s financial district on Bay and Wellington Street, Brookfield Place serves not only as an underground get-around hotspot, but also a popular area for showcasing art. Accented with ceiling-high arches and marble floors, Brookfield Place interconnects to the PATH walkway system and tunnels to neighboring buildings, such as Union Station, Massey Hall, and The Royal Bank Plaza. Its vast layout provides an excellent venue for seasonal artwork which attractions thousands of viewers a year, most notably, to the World Press Photo Site.

Sitting in between the intersection of Wellington and Front Street East, arm’s length to major downtown attractions, this five-story, red-bricked building is a slice of Toronto history. The smaller cousin to the iconic Flatiron Building in Madison Square, New York, the Gooderham Building was completed in 1892 as an office space for the Gooderham family who owned the distillery and brewing factories a few blocks away. Now, the GB caters a pub on its lower floor, with offices and apartments above.

The most iconic structure of Toronto, and perhaps all of Canada: the Canadian National Tower. Deemed as one of the Seven Wonders of The Modern World in 1995, this 1,815-foot concrete monster delivers a multitude of uses. Its observation deck and rotating restaurant provide stretching views of the city skyline for tourists and diners. Above, the tip of the tower is used for telecommunications for radio, television, and cell phone providers.

Radiating its neo-Gothic veneer amongst the more contemporary buildings of downtown, 299 Queen St E is a media hub gem. Since the ’80s, this building has been home to the most prominent broadcasters in the country, currently CHUM radio, CP24, E!, and MuchMusic, among others. Owned and operated by Bell Media, the building also hosts daytime television shows, such as eTalk, The Marilyn Denis Show, and The Social.

City Hall combines the bustle of politics with outdoor fun for the city-goer. The two-part modernist building was created when the Old City Hall ran out of office space for the municipal government in the ’50s. Nathan Phillips Square, which the Hall overlooks, provides open-air walkspace and an accessible green roof for the public. In the winter, the concourse is converted into an ice rink for skating, attracting families, couples, and avid photographers.

This pair of shining skyscrapers is the showstopper of the financial district and serves as the operation base for the Royal Bank of Canada and other large business corporations. What make these buildings unique are their 14,000 windows, plated in gold, allowing the Plaza to glitter like a jewel amongst the concrete.

A photo posted by

With its 2007 addition, the Royal Ontario Museum (or ROM for short) is a harmonious blend of contemporary and classic design. The early 1910’s brick structure, casing some of the finest art and cultural relics of the world, adjoins to “the Crystal,” the diamond-shaped extension budding from the exterior. Its contrasting facade is a spectacle to be had for the hundreds of thousands of visitors the ROM entices each year. Love it or hate it, it’s definitely something to see.

A photo posted by Jedmarc Evangelista (@jedmarcevangelista) on Jun 9, 2015 at 6:07am PDT

Despite all the wear and tear it faces from commuters, Union Station is boasting with architectural charm. Its arched ceilings and colonnaded porches capture its 1920s roots, holding true to the building’s title as the largest and most lavish train station in the country.

A photo posted by Freelance Photographer

A centerpiece for the Christmas festivities of the city, Gooderham still stands after 150 years since its creation, now in what is known as the Distillery District. Known for its annual outdoor Christmas Market, the former brewhouse still resonates its rustic English appeal through its industrial twists.

University of Toronto, Canada’s largest university (affectionately known as UofT), is a trip back in time with its Romanesque character, vaulted ceilings and rolling green lawns. The 18th-century university, for students and onlookers alike, is an inspiration to the educational and esthetical feats it can accomplish.

The following is a guest post by TheRedPin, a full service real estate brokerage that carries the largest database of residential listings in the Greater Toronto Area. Receive custom listings straight to your inbox here.