Did the rate on your savings account go down? Here’s why 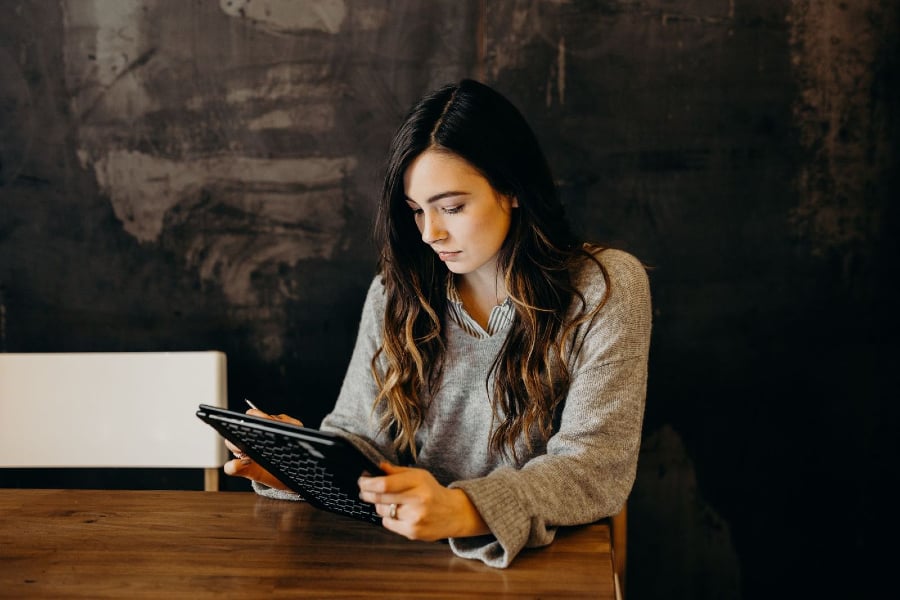 You’ve likely noticed the interest rate gains landing in your savings account has recently dropped. In some cases, by quite a bit.

Among the numerous, disorienting financial impacts of the COVID-19 pandemic, the Bank of Canada’s policy interest rate reduction was arguably one of the most important. In late February, the target for the overnight rate sat at 1.75%. Roughly one month later, it was 0.25%.

The Bank of Canada’s policy rate (also known as the overnight rate) is used when banks lend or borrow from each other in the interbank market. As noted above, this figure sits at 0.25%. But when banks lend to everyday Canadians (like you and I), they do so based on what’s known as the prime rate.

Prime rates are closely linked to the Bank of Canada’s policy rate. When the policy rate goes down, the prime rate follows suit.

Loans to most Canadians are offered at prime plus an additional percentage. For example, with the current prime rate at 2.45%, a prime plus 1% rate would total 3.45%.

The central bank’s interest drops in March were designed to stimulate the economy by making it cheaper to borrow money, alleviating some of the economic impacts of pandemic-related closures and job losses. As intended, Canada’s major banks followed the move, dropping their own prime rates.

By changing the policy rate, the central bank’s policy trickled down to everyday customers – making borrowing easier and cheaper so Canadians can stay afloat during the financial aftershocks of COVID-19.

For borrowers with variable rates – i.e. not locked in, pre-pandemic – recent rate drops means mortgages, lines of credit and other loans will now collect less interest and it’s cheaper to borrow. New borrowers should also benefit from rock-bottom rates; only those with fixed rates will see no change.

For many savers, however, interest earned also dwindles due to the drop in prime rates.

The central bank’s rate typically ripples through Canadian banks’ policies, including how they reward their customers for keeping cash with them.

Since banks are now earning less revenue from the interest on mortgages and other loans they lend out to Canadians, in turn, they pay out less interest on savings accounts. It’s a simple matter of money in versus money out.

Why savings accounts are still worth it

While savings accounts rates may have dropped, that shouldn’t deter you from having one.

Savings accounts offer a safe way to store and easily access your money at any time while also earning some guaranteed (albeit modest) returns to combat inflation – an area where chequing accounts fall short.

Whether it’s to hold an emergency fund or keep some liquid cash within close reach, savings accounts are still worth it. And if the rate for your particular savings account has dropped, don’t settle but shop around and switch over to a new account with a better rate.

Rate leaders for savings accounts during the pandemic

Some of the best high-interest savings accounts on the Canadian market come from smaller players: so-called digital banks.

These institutions don’t have the brick-and-mortar branch locations of Canada’s big six banks, a digital business model that saves money on operations and overhead. As a result, they can enter the market competitively with some of the best savings account rates – well above what some of the big banks offer.

No minimum deposit or monthly fees

MAXA Financial: This digital bank offers a 1.80% rate with no monthly fees, as well as a 21-day rate guarantee — if rates fluctuate, they promise to hold theirs for three weeks.

Tangerine Savings Account: If you’re a new client to Tangerine and open your first savings account, you could earn 2.50% for a limited, including TFSA, RSP and retirement income fund (RIF) accounts. This offer expires on October 31, however, and the rate drops after five months to a more modest 0.25%.

In a June 3 statement, the Bank of Canada struck a note of optimism.

While announcing it was holding the 0.25 per cent rate for the time being, the central bank said the pandemic’s financial impact “appears to have peaked” and that “financial conditions have improved.”

“[The] Canadian economy appears to have avoided the most severe scenario presented in the Bank’s April Monetary Policy Report,” the statement said.

Signs of economic recovery would eventually lead to increasing rates — good news for savers — but a timeline remains unknown.

The Bank of Canada announces its next policy rate target on July 15.

categories: Deposits
tags:
Money mindfulness with Chantel Chapman Home Equity: What is home equity and how do I use it?