Saving in a Low-interest Rate Environment 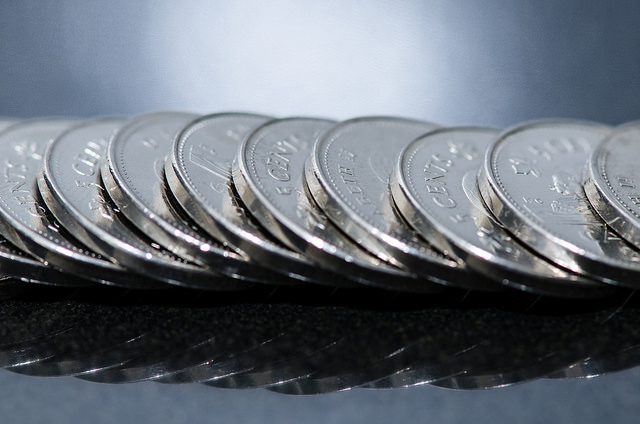 If you asked every saver in Canada what they wanted for the holidays, they’d probably say higher interest rates.

Ever since the global financial crisis, rates on everything from GICs to high-interest savings accounts to government bonds have been paltry. It’s not quite as bad as receiving a lump of coal in your stocking (and indeed, coal prices have plummeted!) but savers aren’t exactly getting rich off the current interest rate environment.

In a previous post from May, we explained the roots of our low-interest rate world. To sum up: central banks around the world dropped their overnight rates to pretty much zero to fight the global recession. All these years later, rates are still incredibly low, owing to both slow growth and persistently low inflation. While low interest rates have been designed to spur borrowing, the flipside is that savers lose out. As Eric Lascelles, chief economist of RBC Global Asset Management, told The Globe and Mail’s Rob Carrick earlier this year: “The goal [of low rates] is to encourage borrowing and activity, and to discourage saving and idle money.”

So, is there any hope on the horizon for Canadian savers?

If the price of oil price and Bank of Canada are any indication, the answer is no: Santa won’t be putting higher interest rates in anyone’s stocking.

Oil is important to the interest rate outlook because of how important a role it plays in our economy. And given that prices have fallen to their lowest level in six years, prospects for future growth in Alberta and other parts of the nation aren’t stellar, to say the least. This will keep the Bank of Canada from thinking about raising rates any time soon.

Last week, the Bank of Canada certainly didn’t give anyone the impression rates could be headed up. In fact, senior officials mentioned the possibility that were the economy to take a nosedive, the central bank would actually consider implementing negative interest rates. This wouldn’t necessarily mean that savers would get penalized for having money in a bank account, but it definitely would result in extremely low returns on deposit products (probably even lower than today).

Of course, in theory much could change. Oil could go up and the economy could escape the doldrums. If that were to happen, the Bank of Canada could potentially start thinking about raising interest rates. But at this stage, that seems like a very remote possibility.

What’s a saver to do if rates stay low?

First, keep saving. As Rob Carrick notes, saving is “less about earning interest than it is about setting aside money that you can depend on in a financial emergency.” To this we can add that one downside of low-interest rate policies is that they tempt savers to buy riskier investments (such as stocks) in order to get a higher return. The problem is that in reaching for a higher return, savers may actually be putting their capital in heightened peril. Low GIC rates aren’t great but the alternative is investing in a stock market that isn’t exactly cheap by historical measures.

Second, because interest rates are low, searching around for the best high-interest savings accounts and GIC rates is incredibly important. If you’re not going to get a huge return, you might as well find the best one out there.

Third, give careful thought to whether you want to buy longer-dated products, such as non-redeemable five-year GICs. Much depends on your outlook for rates and inflation. If you think interest rates and inflation will remain low for a prolonged period of time, these vehicles will offer the best returns if purchased today. However, if interest rates and inflation rise significantly from current levels, savers who locked in for a longer time period will suffer. They won’t lose in nominal terms, but their inflation-adjusted returns will be negative. Plus, they’ll experience an opportunity cost because they can’t take advantage of higher rates.

People look forward to the holidays for many reasons: seeing friends and family, taking some time off work and just general relaxation. But for all the gifts you’re likely to receive, higher interest rates are not likely to be among them. It’s not a saver’s dream but you might as well plan accordingly.