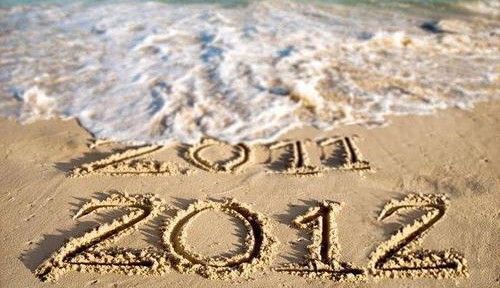 With another year wrapped up, Ratehub.ca will take a look back at 2011 and summarize the highs, the lows, and everything in-between in regards to the Canadian mortgage industry, the Canadian housing market, and a summary of our favourite events.

New mortgage rules took effect early in 2011 that impacted the Canadian mortgage industry by tightening the borrowing options for consumers. One of the rules reduced the maximum amortization period from 35 years to 30 years, for government-backed insured mortgages with loan-to-value ratios greater than 80%. In other words, a mortgage borrower now needs a minimum 20% down payment for their home to receive amortization lengths greater than 30 years.

This rule had an effect on the Canadian housing market as it pushed many on-the-fence first time home buyers into ownership for fear they would not qualify under the new rules. As a result, the extra input of first-time home buyers helped saturate the market further and create greater competition among other home buyers.

This was the third time Canada had tightened mortgage regulations in as many years. According to Canadian Mortgage Trends, the new rules in 2011 led to the following results:

Through most of 2011, mortgage rates in Canada remained at historic lows (see chart above). For most of the year, 5-year variable rates were favourable because of the large spread between it and 5-year fixed rates. Historically, variable rates have been shown to save more money, but as the year came to a close, variable rates began to rise.This occurred while the Bank of Canada’s overnight rate, which influences variable rates, remained untouched due to worrying global economic factors. At the same time, fixed rates started to drop, reducing the spread between the two and the advantage of the variable rate. Many lenders that were once offering big discounts to their prime rate as high as prime -0.95%, started reducing them by August. As it stands today, the Big Five now offer their published discounted 5-year variable interest rates at a premium, all of which are at prime +0.10%, or 3.10%.

What were the best mortgage rates seen on Ratehub.ca in 2011?

The Bank of Canada

The Bank of Canada (BoC) kept the key interest rate (also known as the overnight rate) untouched at 1.00% for all eight of their interest rate announcements throughout the year. With Europe (notably Greece and Italy) and the US showing poor economic growth with threats of default, the Bank of Canada chose to keep the overnight rate low to keep the Canadian economy healthy. And for the most part, it worked, although the BoC Governer, Mark Carney noticed signs of growing Canadian consumer debt hitting all-time highs (most of which was mortgage debt) and issued a few warnings. As Ratehub.ca pointed out though, Canadian mortgage debt at a record high wasn’t as big a threat to the economy as it seemed because Canadians maintained high average credit scores, had healthy home equity, and also started to rein in their debts.

*Chart courtesy of the Bank of Canada

Canadians and their Mortgages

Some startling revelations were revealed in 2011 by various mortgage polls and surveys. Here are some highlights outlined below:

According to the CMHC, they forecasted the 5-year posted mortgage rate to be within 5.2% to 5.7% in 2012. Posted rates are the interest rates that lenders will publicly offer you first, but is rarely the best interest rate available.

Overall, CMHC expects mortgage rates to remain relatively flat over the course of 2012. Whether interest rates actually remain at historic lows this year or start to rapidly rise, the wise mortgage shopper will always compare Canadian mortgage rates to get the best rate.