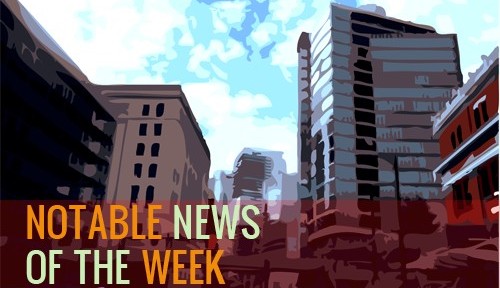 Single homebuyers are on the rise – Calgary Herald

According to data from TD Bank, almost half of first-time home buyers in Alberta are purchasing their home without a partner. A mortgage broker with TD Bank says, “Low interest rates are motivating young professionals to buy…primarily condos because of the [lower] price point.” The Calgary Real Estate Board states that the price of an average single-family home is $466,722, compared to the average price of a condo ($280,854), which is much more affordable for young buyers. Sonya Gulait, senior economist with TD economics states that, “The trend toward one- and two-person households helps explain why new homes are being built smaller than they once were.” The national average of first-time home buyers purchasing a home on their own is 43 per cent.

Home ownership is strongly encouraged in North America, so much so that individuals who opt to rent face a cultural stigma from their peers. Currently, almost seven in ten Canadians are considered home owners which, somewhat surprisingly, is a larger number compared to the U.S., whose ratio is at a 15-year low (65.4 per cent) following their housing crisis. In Europe, where renting carries less of a negative connotation, almost 70 per cent of the population chooses to rent versus buy. This Canadian cultural phenomenon can be partly attributed to the CMHC, who have played an active role in encouraging home ownership across the country since 1946. However, by introducing more buyers to the market, house prices can inflate. Karen Kinsley, CEO of CMHC, counters that argument by stating their borrowers are ‘credit-worthy’ and that the corporation has twice the minimum level of reserves required to cover those who fall into arrears.

Canadian mortgage rates are historically low right now. Unfortunately, financial guru Gail Vaz-Oxlade believes that these rates don’t really benefit the Canadian consumer but, rather, they benefit the bank. The interest rate that banks can borrow from each other – the key interest rate – has been 1.0 per cent for two years; and this isn’t always passed on to the consumer. Vaz-Oxlade believes low interest rates are used to entice Canadians to take on record levels of debt. Consumers can see this, as the average house price continues to grow, a result of more and more Canadians looking to take advantage of low mortgages rates to buy their dream home.

The recent cooling of the Canadian housing market is a direct result of the revised and tightened mortgage rules, according to the Conference Board of Canada. The number of home sales in August was down in 20 of 28 markets studied, compared to sales in the previous year. The new mortgage rules include shortening the maximum amortization for high-ratio mortgages, down to 25 years from 30 years. The reduction in amortization increases a borrower’s monthly mortgage payment, which then reduces their affordability. However, TD Bank economists believe that as long as mortgage rates remain at their current low levels, the impact of the new restrictions to the overall housing market should be minimal. Those economists are not expecting the key interest rate to rise until the second half of next year.