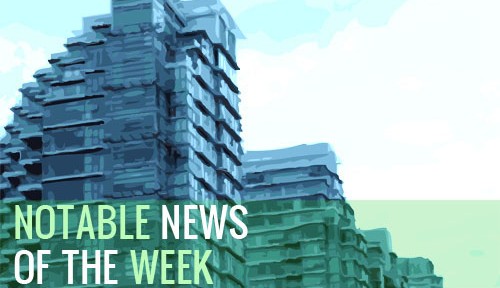 The current historically low mortgage rate environment has been enticing many first-time homebuyers to get into the real estate market. While these rates are helping buyers get into the market, the Canadian government is worried many may end up over-extending themselves. Still, mortgage debt is often considered good debt because the value of the home typically increases over time. A recent survey by Genworth Canada and the Canadian Association of Credit Counselling Services found that people still believe buying their first home is worth the price, work and responsibility. Here are some of the results:

Earlier this week, the Bank of Canada announced that it is looking to raise interest rates – not lower them – “over time.” Canadian policymakers maintain a rate-hike bias, but have yet to act on the key interest rate, which has remained at 1.00 per cent since September of 2010. However, the Bank of Canada gave a little bit of insight into how they are refocusing their monetary policy. “The timing and degree of any such withdrawal will be weighed carefully against global and domestic developments, including the evolution of imbalances in the household sector,” the central bank said on Tuesday. Canadian household debt has now become a major concern for the government. In previous interest rate announcements, the central bank would largely comment on the economies of the U.S. and Europe. This past week, the bank acknowledged that “households need to slow their borrowing on their own, or else the Bank of Canada will give them a reason to do so.” For now, many economists expect a rate increase to occur next year.

Statistics Canada recently amended how they calculate the household debt-to-income ratio, which shockingly revealed household debt is actually higher than we initially thought. Debt in the second quarter was previously reported at 152 per cent, however, following the revision, rose to 163 per cent. The change in accounting protocols by StatsCan is not all gloom-and-doom, as media headlines would make it appear. For example, the new calculation also increased household net worth (per capita) which rose to $190,800 in 2011 from $182,900 in 2010. The revision also found that in the second quarter of this year, household net worth increased by 0.9 per cent – a significant increase not reported by the media likely because it doesn’t exactly turn heads. Although household debt is at a new high, Canadians aren’t as reckless with their mortgage payments as the headlines would have us believe. The percentage of loans for which payments are 90 days or more past due is currently at a meagre 0.4 per cent.