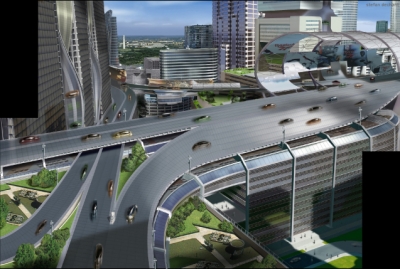 As always, Ratehub.ca provides you with the latest mortgage and housing headlines that made waves around the nation this past week. The stories of the past week centred around the direction of mortgage industry regulation and wars. That would be of the ‘mortgage pricing’ and ‘bidding’ variety.

How close would you live next to an expressway? – The Toronto Star

The Gardiner Expressway is a highway that connects the downtown core to the rest of Greater Toronto Area. It is one of the Toronto’s busiest highways, yet it hasn’t stopped developers from building condos only steps away from it. The shocking answer? The highway is actually an attraction for some. “I like watching the cars go by, it’s very soothing” said one condo owner.

Albertans would rather renovate than move – The Calgary Herald

More than 80% of Albertans would rather renovate than buy a new home. The RBC survey also revealed the number one reason is to make the home more attractive, while 40% said they would do it to increase energy efficiency. The most common rooms voted to add value to a home are bathrooms and kitchens.

The CMHC closing in on their mortgage insurance cap – The Province

Initially, the CMHC forecasted their mortgage insurance portfolio to grow to $550 billion this year, placing it within 92% of their $600 billion cap. However, the agency revised their forecast to $557 billion, for an increase of $7 billion in mortgage insurance.

What should the Bank of Canada do? – The Financial Post

Bank of Canada Governor, Mark Carney, is tasked with a difficult decision: Keeping the target overnight rate at 1.00%. This helps keep our economy regulated and stable while economies struggle abroad; but that low rate helps fuel consumers to borrow. And household debt is already at a historic high.

Pressure is building for Ottawa to step in and take control of the mortgage market for the fourth time in six years. The Bank of Canada has stated that household debt is the biggest domestic risk our economy faces. Many are calling for Flaherty to impart stricter mortgage rules to suppress the level of borrowing in Canada, but these actions could also have negative effects.

In 2005, traffic for the top 10 Google searches for ‘housing bubble’ arose from cities in the US. Fast forward to today and Canadian cities take four of the first five (Vancouver, Toronto, Calgary and Edmonton). Three Australian cities (Perth, Sydney and Melbourne) and three American cities (San Diego, LA, San Francisco) round out the current top ten.

Canada’s bank regulators, The Office of the Superintendent of Financial Institutions (OFSI), has reviewed residential mortgage portfolios and are seeking to correct vulnerabilities in the system. Their goal is to reduce mortgage risk while Canada is currently engaged in record household debt.

The moves behind the mortgage wars – The Globe and Mail

“The bank (BMO) had also spent months amassing a stockpile of cheap funding in the bond market to backstop the discounted mortgages, a strategy designed to ensure the cut-rate loans would not lose the bank money.” In an effort to not lose market share, the other big banks began price-matching to spur a second mortgage war. RBC responded with aggressive ‘smear’ campaigns while CIBC turned to a cash-back mortgage campaign.

The sad reality of bidding wars – The Globe and Mail

In the end, it all comes down to money. Here the heartbreaking story of a single-father of three who put his house up for sale and was approached by one of the prospective buyers – a single-mother of three.