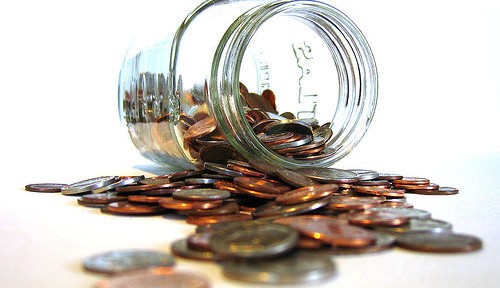 At the end of every business week, Ratehub.ca will recap the latest news happening in the Canadian housing and mortgage industry. Consider this your weekly dose of relevant news to keep you up-to-date. This past week, the headlines were focused on the banking and investment sector as major financial institutions released their quarterly reviews.

Canadian household debt is at a record high 153%, but the banks show no sign of concern. That is because credit card payments are much better than our American and British counterparts and mortgage delinquency is quite low, even when compared against the peaks of the 1990s. In addition, the banks insure these mortgages to protect themselves from loss.

Time to panic about the housing market – Macleans

Is Canada making the same mistake as the U.S. by burying its head in the sand about a possible housing bubble? Canada shares many similarities with the America of 2005. The average Canadian home now costs five times the average income, which is well above what is considered affordable. The big elephant in the room is how much our low mortgage rate environment has fuelled the housing boom.

After Christmas when the mortgage industry slows, BMO made headlines by introducing the lowest 5-year fixed rate ever on record (for a bank). Their 2.99% Low Rate mortgage was a promotional effort aimed at capturing more market share. The sub 3.00% interest rate forced a mortgage pricing war among lenders.

Toronto and Vancouver has been pegged to be the preferred destination for Chinese property investors. Both markets had strong growth in sales and property value last year when compared to historical averages. Other popular choices include Singapore and London, England.

The 2011 Canadian census revealed that density in Toronto’s core has been exploding, specifically in one of its newest pockets – CityPlace. The neighbourhood block should look familiar as construction photos of the area make it the poster boy for the condo boom. CityPlace has seen a 434% explosion in population since 2006. Land is a precious commodity in Toronto which is forcing growth in the city to occur vertically.

The trouble with financial analysis is that you can prove something is either black or white depending on what metrics you decide to use. The housing bubble alarmists will reference how home prices have sky-rocketed when compared to income and rent. Both ratios suggest housing is expensive when compared to long-term averages. However, home prices can also be made to look cheap by comparing the average mortgage payment to history.

The two big investment sectors, finance and real estate, aren’t showing any real distress according to Statistics Canada analyst, Debra Roberts. She noted that real estate investment is down 11%, but is actually returning to historical norms. And the forecasted slowdown in housing construction continues to show surprising strength – the CMHC predicts growth at 3.4% this year, a much higher rate than their original forecast of 2.9% at the end of 2011.