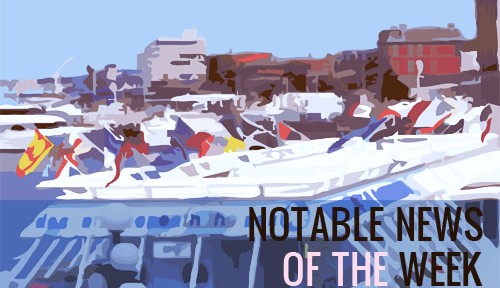 This week, Stephen Poloz delivered his first interest rate announcement as the newly-appointed Governor of the Bank of Canada (BoC). Along with leaving the overnight lending rate at 1.00 per cent, Poloz spelled out what he would need to see happen in the economy before the central bank would consider raising interest rates. As long as there is excess capacity in the economy, and the outlook for inflation remains muted, rates will remain low. In the same announcement, the BoC also lowered their global economic predictions, after seeing sluggish growth in Canada and abroad. Economists welcomed the clarity from Poloz, who responded to the question of when he expects interest rates to rise with, “The honest answer is we really don’t know”. The central bank projects economic growth in Canada to be 1.8 per cent this year, with growth of 2.7% in both 2014 and 2015. These projections are largely due to a recovering U.S. economy and strengthening business confidence.

David Rosenberg has become the latest expert to weigh in on the debate of whether there will be a hard or soft landing for the Canadian housing market. Rosenberg feels that the Canadian housing market is heading for a soft landing, as the market has already almost fully recovered from the losses brought on from last year’s mortgage rule changes. Along with decreasing the maximum amortization period for government-insured mortgages to 25 years, the federal government also capped home equity loans at 80% of a property’s value. These changes were put in place to decrease the amount of debt Canadians were taking on, which they succeeded at doing – home sales were down in the second half of 2012. However, existing home sales are now bouncing back and actually increased by 6.4% in the second quarter of 2013. Rosenberg says, “Bottom line: The Canadian housing market is not collapsing, but rather stabilizing after achieving the government-induced soft landing”.

Home sales below year-earlier levels in June, prices rise 4.8% – The Globe and Mail

Despite the fact that existing national home sales have risen month-to-month for the fourth month in a row, they were still down 0.6% in June 2013 from June 2012. However, there were large discrepancies between the provincial markets, when coming up with that number – around half experienced higher sales this June compared to a year ago, while some of the bigger markets brought down the overall figure. The month-over-month rise indicates that the market is gaining momentum, but the MLS (Multiple Listing Service) has warned that rising mortgage rates may end this trend. With talk of an overvalued Canadian housing market, there is also some concern that Finance Minister Jim Flaherty may take steps to try and cool the market again if it continues to gain momentum. In June 2013, the national average price of a sold home was $368,585, up 4.8 per cent from a year ago.