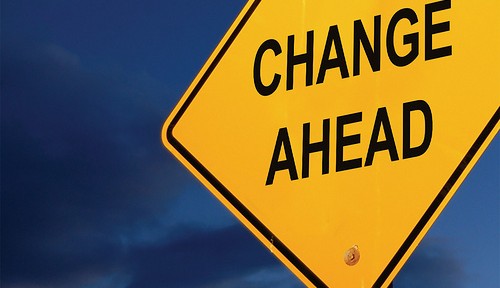 This week in mortgage and housing news, Canada’s Finance Minister announced a change for the CMHC which should lead to a tightening of mortgage credit. Also, we are seeing record levels of condo activity in a city other than Vancouver and Toronto.

Canada’s Finance Minister, Jim Flaherty made headlines this week when he announced that Ottawa would once again step into housing market regulations in an effort to cool the market.

The Canadian Mortgage and Housing Corporation (CMHC), which was formerly under the jurisdiction of the minister responsible for Human Resources and Skills Development Canada, will now fall under the high standards of the Office of the Superintendent of Financial Institutions (OFSI). Originally, the CMHC was intended to assist social housing, but according to Mr. Flaherty, “[they] evolved into a key pillar of Canada’s overall housing market, providing government backing to lenders…on high leverage mortgages.”

Initially, the CMHC guarantee was to help stabilize the housing market during the financial crisis in 2008 and 2009 by encouraging the banks to keep lending. But that same measure that helped Canada through the credit squeeze is now contributing to today’s overheated housing market. The Toronto Star reports that the CMHC now insures nearly 50% of Canada’s mortgage industry – that’s $550 billion in outstanding residential mortgage credit.

The big question is: Will this work?

Having OFSI oversee the CMHC’s jurisdiction isn’t exactly a ground-shaking move, but according to The Financial Post, the government’s moves are designed for a soft landing as opposed to a hard-stop with direct economic consquences.

“The idea is that by gradually tightening up lending standards around CMHC insured mortgages, the ‘froth’ will be removed from the market and equilibrium will return.”

However, they contend that the Canadian housing market is anything but normal. Nonetheless, Ben Rabidoux for Macleans writes, “Putting CMHC into OSFI hands may well represent a greater tightening of credit than Flaherty could have done by shortening amortization lengths or increasing down payments.“ He believes significant changes will happen.

Should you hire a real estate agent? – Moneyville

What happens if you don’t use a real estate agent? When a seller decides to do without one, he/she is prone to the following gaffes: absurd listing prices, lack of or poor home staging, reduced availability times for prospective buyer showings, unpreparedness to evaluate offers and of course, greed.

Condo construction at record levels in Montreal – The Montreal Gazette

Toronto and Vancouver receive a lot of attention for their over-heated condo markets, but another Canadian city has quitely been experiencing a windfall of condo activity – Montreal. Many investors entered the Montreal condo market after prices in Vancouver and Toronto become unfavourable (i.e. priced too high). Only 10% of condos in Montreal are used as rentals versus 25% and 22% for Vancouver and Toronto respectively.

Scotia Capital Markets economists feel that the Bank of Canada should not raise rates because of growing household debt concerns. According to them, debt levels are already slowing including inflation-adjusted mortgage debt growth which is increasing at its weakest year-over-year pace in the last ten years, on par with the 1990s.