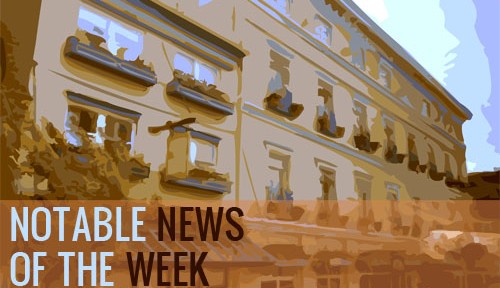 RBC’s housing affordability index changed course in the second quarter of 2013, and saw both bungalows and two-story homes become less affordable. The affordability index measures the cost of servicing a home, including mortgage payments, utilities and taxes, in relation to a household’s pre-tax income. The higher the reading, the less affordable a home is for a family. It was found that, on average, Canadians were paying more pre-tax income to service their homes in the second quarter, compared to numbers seen in the first quarter. The increases were not significant, however – at just 0.3 per cent for bungalows and 0.4 per cent for two-story homes – but an increase is the opposite of what the trend has been for the last year.

‘Is Canada about to become house poor?’ – Global News

That’s the question one reporter is asking. According to a new report by Equifax, Canadians took on $77 billion in new credit in the second quarter of 2013, up 6.1 per cent from the year before. Much of that came in the form of new mortgages, after an always busy real estate season had buyers jumping into the market before interest rates rose even higher. “We saw consumer spending pick up a little bit, as well as the housing market re-ignite in the May to June period,” said Diana Petramala, an economist with TD Bank. “The housing market had a lot to do with the run-up in debt.” While interest rates have been low for months, borrowers need to remember is that they are on the rise and that even the slightest increase could affect their monthly payments – and their ability to keep up with them all.

As rates rise, brace for mortgage renewal time – The Globe and Mail

With mortgage rates on the rise, it’s no surprise that some first-time buyers are being priced out of the market. What many homeowners may not be thinking about, however, is how these new rates will affect them at their time of renewal. While current fixed rates are still lower than they were five years ago, variable rates paint a different picture. Existing homeowners may have variable rates as low as 2.1 per cent, which will no longer be available when their term is up – instead, they’ll be looking at something closer to 2.6 per cent. Canadians have been assured that homeowners can absorb these higher mortgage payments, as a whole, but they’ll likely have to make sacrifices to do so. “Discretionary spending disappears,” says Will Dunning, CAAMP’s Chief Economist. “A lot of that is in the service sector – people going to coffee shops and restaurants.”