The mortgage market has seen a significant amount of activity in recent weeks and this past week has been no exception. Mortgage rates have once again decreased across most lenders since our last Mortgage Monday Update.

Last Tuesday, the Bank of Canada Directors met and announced, as expected,  that there will be no change in the overnight lending rate and that the Bank of Canada key lending rate will remain at 1.00 %. On the same day of the announcement, Finance Minister Jim Flaherty made it a point to remind Canadians that interest rates will start to increase, “it’s only a matter of time.” [1] Could this warning be in anticipation of a borrowing splurge that could occur due to the continued low rates that Canada will be enjoying?

So what did the announcement mean for this week’s rates? To compete for market share, financial and lending institutions have continued to drop their rates. The “Big Banks” (including Scotiabank, BMO, RBC and TD) have all dropped their fixed mortgage rates by a tenth of a percentage across all term periods. The Bank of Montreal currently has the lowest 5-year fixed mortgage rate (of all the banks) at 3.79%.

There was some activity with variable rates this week. The lowest 5-year variable rate is currently provided by Scotiabank which dropped to 2.50% over the weekend. This is a surprising decrease that we haven’t seen since the beginning of the year. 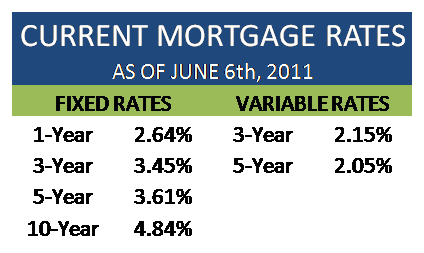 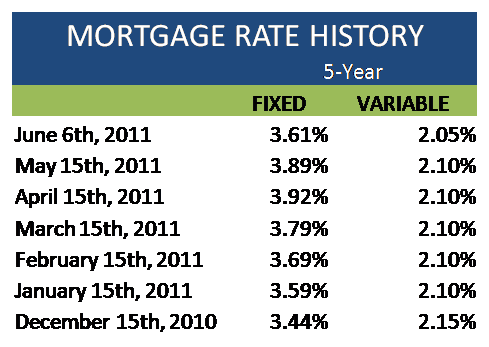 The low fixed mortgage rates will likely entice many people who were otherwise considering a variable rate. However, the low growth expectations that are causing the reductions in fixed rates could mean that variable rates will also reduce in the near future.[1] Perhaps Scotiabank is anticipating this decrease in variable rates and getting ahead in the game?

To examine product popularity, let’s take a look at Ratehub.ca’s figures over the last week. Fixed mortgage rates are the most popular in Canada; however, over the last few weeks 5-year variable rates seem to be a consistent popular consumer choice*. It will be interesting to see what the significant decreases in both fixed and variable rates will mean for mortgage type preference over the coming weeks. 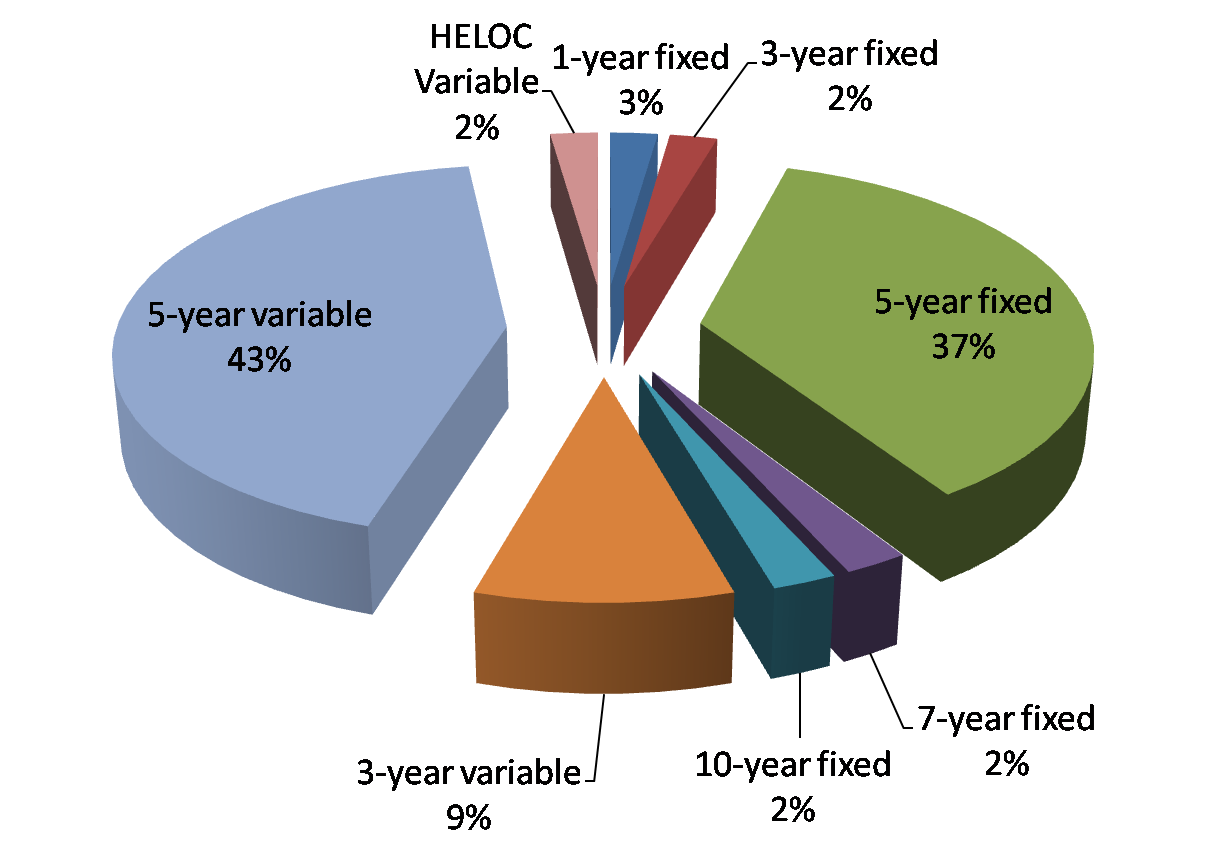