For the fourth consecutive week, Canada’s mortgage rates have not budged. However, a turning point for the mortgage market occurred last week when 5-year Government of Canada bond yields hiked up by 30 basis points. It seems like the rate market which was trending downwards has taken a 180 degree turn and will soon be moving back up [1].This market reaction can be attributed to several factors.

The most recent Consumer Price Index (in May) tallied in higher than initially expected at 3.7%. This number means that consumer prices rose by 3.7% in the last year, the biggest increase since March of 2003 [3]. The main contributor is gasoline prices and consequently, transportation costs [3]. The CPI is a good indicator of inflation at the consumer level. Inflation can be kept in check by controlling consumer spending by increasing interest rates.

In addition, the Bank of Canada`s core index, or core inflation, increased by 1.8% in the 12 months to May (on top of the 1.6% increase in April)[3]. This inflation generally negates more volatile factors such as energy and food prices [1].  Inflation negatively impacts bonds as their “real” value diminishes. This in turn influences bond yields and consequently, mortgage rates.

Internationally, Greece is still a key factor in the market and the European Union’s bail proposal was favorable to the market. On Friday in the United States, the ISM number (which is an important indicator of business activity) came out better than expected. It’s not too much of a reason to celebrate; however, as the numbers show a decline in the rate at which housing prices are dropping (not the most positive scenario).  International economies have a direct effect on the Canadian economy and as a result affect mortgage rates.

The best 5-year fixed mortgage rate currently stands at 3.49% and the 5-year variable rate at 2.10%.
The Qualifying Rate (the benchmark rate that borrowers of variable mortgages or mortgages less than 5 years need to meet to be approved) remains at 5.39%. 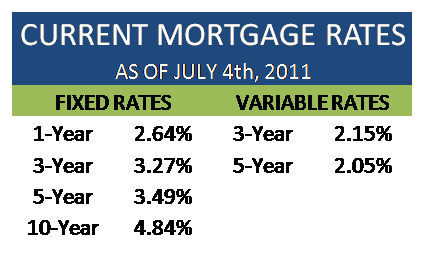 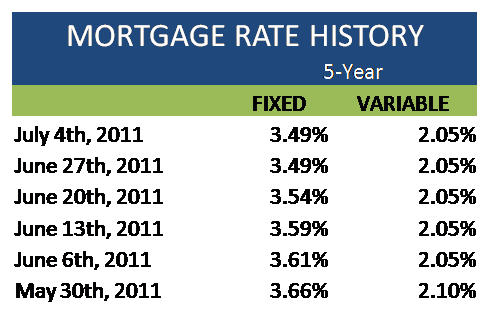 These near historical low rates may not last for much longer. Fixed rates follow Government of Canada bond yields, so consider the 30 basis point increase a forewarning. If you are thinking of taking out a mortgage in the next few months, it may be best for you to lock in a rate as soon as possible. There is no cost associated with this process and it will provide a certain amount of protection if you need to secure a mortgage before mortgage rates adjust. However, make sure you do your research into various lenders, terms and conditions and choose a product that suits your needs. If you get pre-approved by a specific lender and then rates go up, you won’t want to switch. 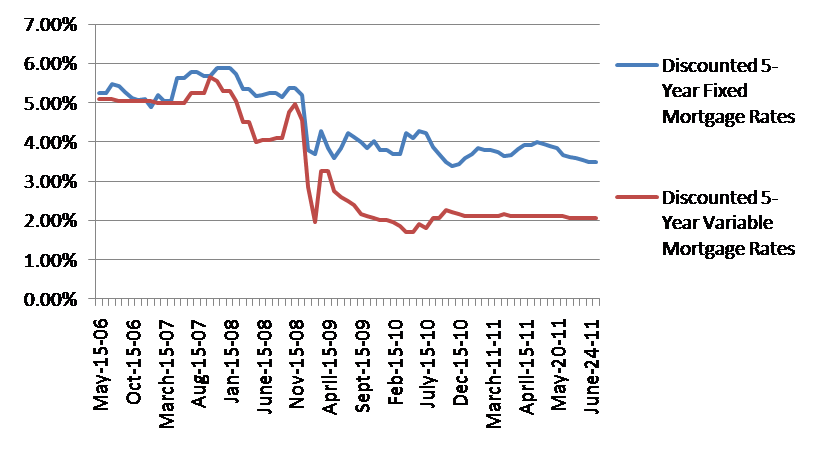 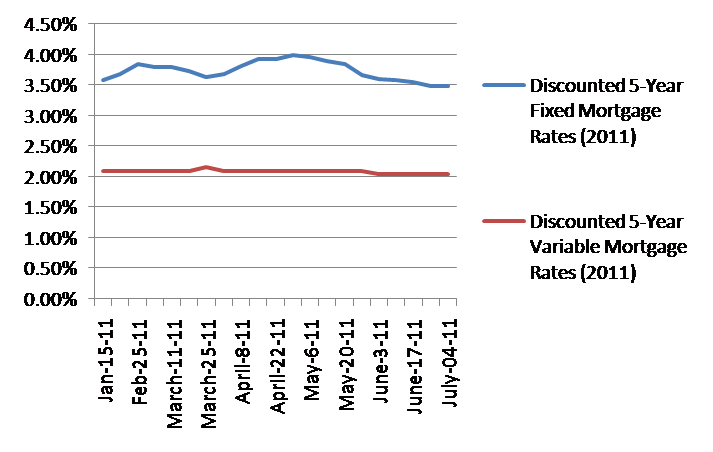 This week on Ratehub.ca, 5-year variable mortgages were the most popular at 36% of the mortgage products sold. Comparatively, their fixed counterpart made up 25% of mortgages.* With fixed rates predicted to go up, it will be interesting to see how this change will affect product popularity over the following weeks. 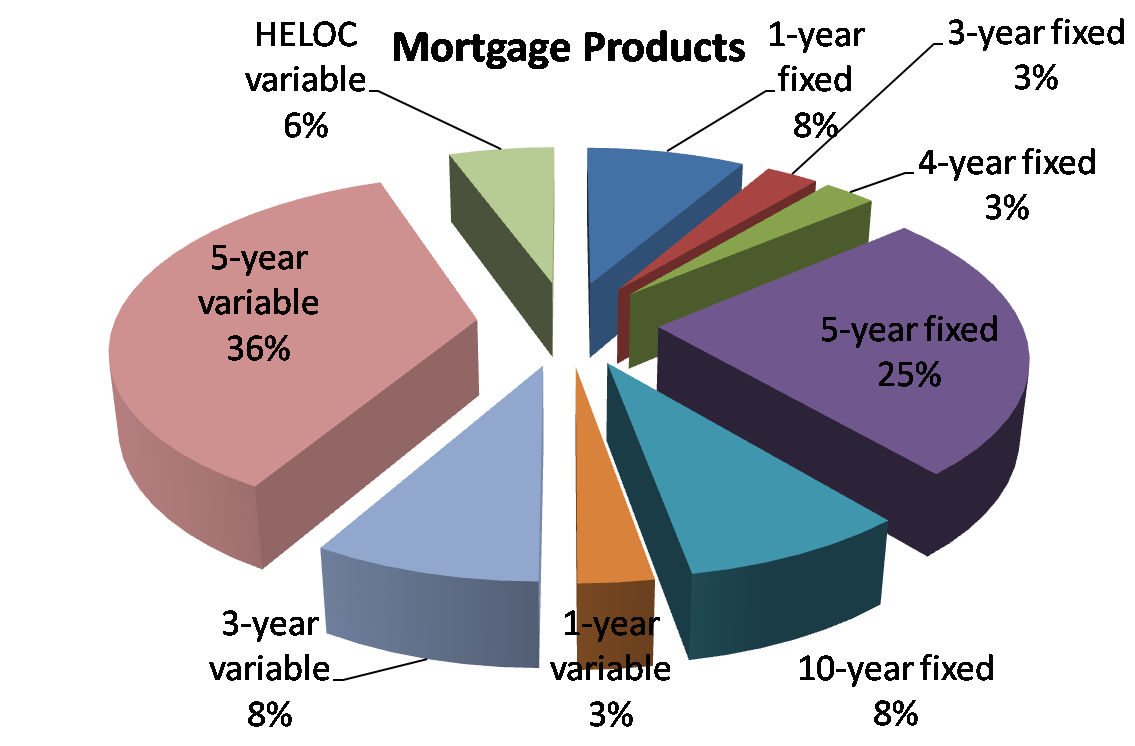