Although most bank mortgage rates have increased, other types of lenders have kept a tight hold on their rates, so the lowest 5-year fixed mortgage rate is has gone up slightly to 3.59%.

It was another unpredictable week for 5-year Government of Canada bond yields. Following an upward rush in yields on Thursday, Friday brought a downward surge with yields ending the week at a final 10 basis points down [1]. The dip came following Friday’s employment report which actually came in much better than expected at 28,000 new jobs across Canada. This correlation doesn’t make sense, that is, until you go into the details of the report. Although the number of new jobs is great, only 25% of the jobs are actually full-time. Most of the jobs are in Alberta (6 of 10 provinces actually saw a decline in number of new jobs) and most of the increase was in the public sector involving temporary work on the 2011 census [1].

The Bank of Canada projected the second quarter growth rate to be in the sub-2% range [1]. This news combined with the employment report suggests that the threat of short-term inflation exists only to a limited degree. Consequently, mortgage rates may not rise significantly in the short term. (Inflation decreases the “real” value of bonds which in turn affects fixed mortgage rates.)

Internationally, the United States employment report is rather disappointing. Despite having an economy roughly 10 times that of Canada’s, they scrounged up a net total of 18,000 new jobs. In the meantime, the European Central Bank (ECB) made the decision to increase the short-term interest rate (while hinting that another increase could follow in the fall). This controversial announcement has analysts fearing that more harm than good will be done to vulnerable European economies such as Greece [1].

Rates stayed constant over the weekend, and this is further evidence that mortgage rates may not increase drastically in the short term.

The lowest 5-year fixed mortgage rate is now 3.59% and the 5-year variable mortgage rate has increased also increased slightly to 2.10%.
The Mortgage Qualifying Rate (MQR), which is the standard rate that variable mortgage borrowers need to meet to be approved, increased back to 5.54%. This makes it more difficult for borrowers who have a less than 20% down payment. However, if you can put in at least that amount for your down payment, you will have more flexibility as some lenders are using qualifying rates as low as 3.74% for conventional mortgages (20% or higher down payment). 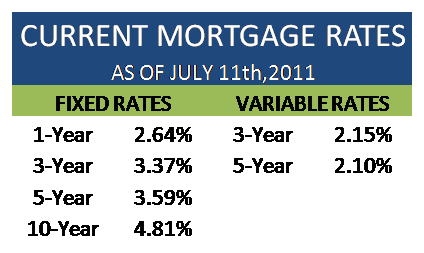 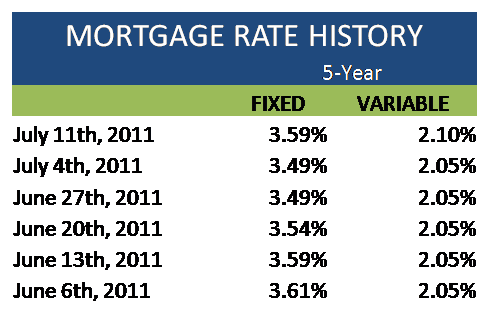 To reiterate, if you are in the market for a mortgage or are currently looking at properties, it may be in your best interest to lock in a low fixed rate as soon as you can. Better safe than sorry. 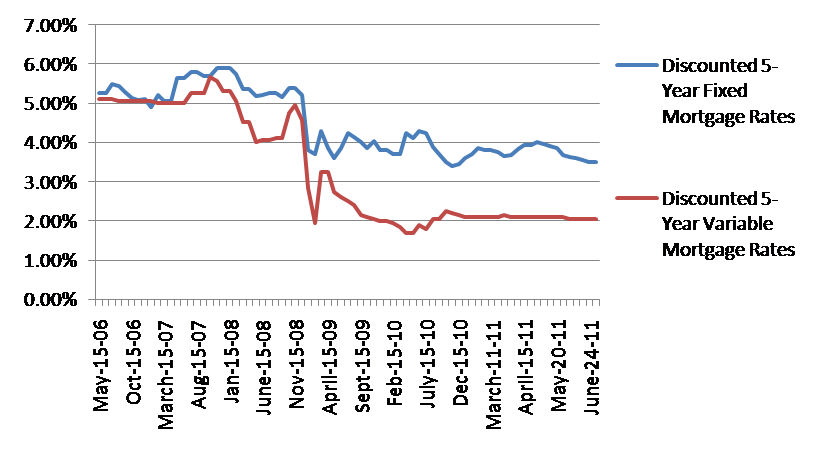 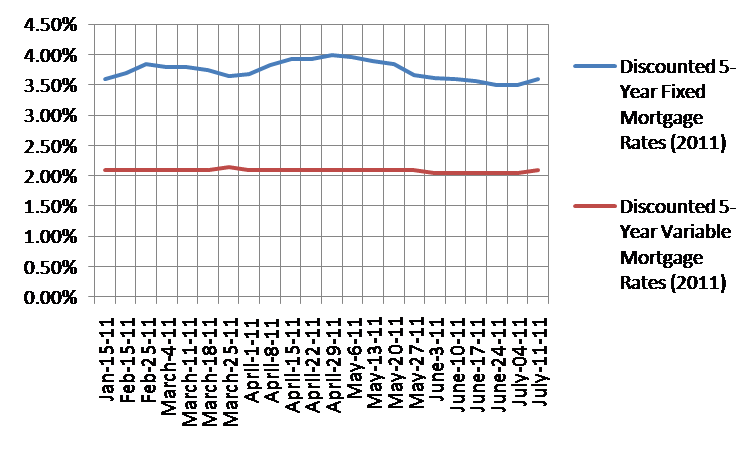 This week on Ratehub.ca, 5-year variable and 5-year fixed mortgages were both popular mortgage products, making up 47% and 43% of products sold respectively*. With fixed rates on the rise, it is interesting to note the increased popularity in this product over the last week. This may be due to the fact that borrowers want to take advantage of the low fixed rates that are currently available. 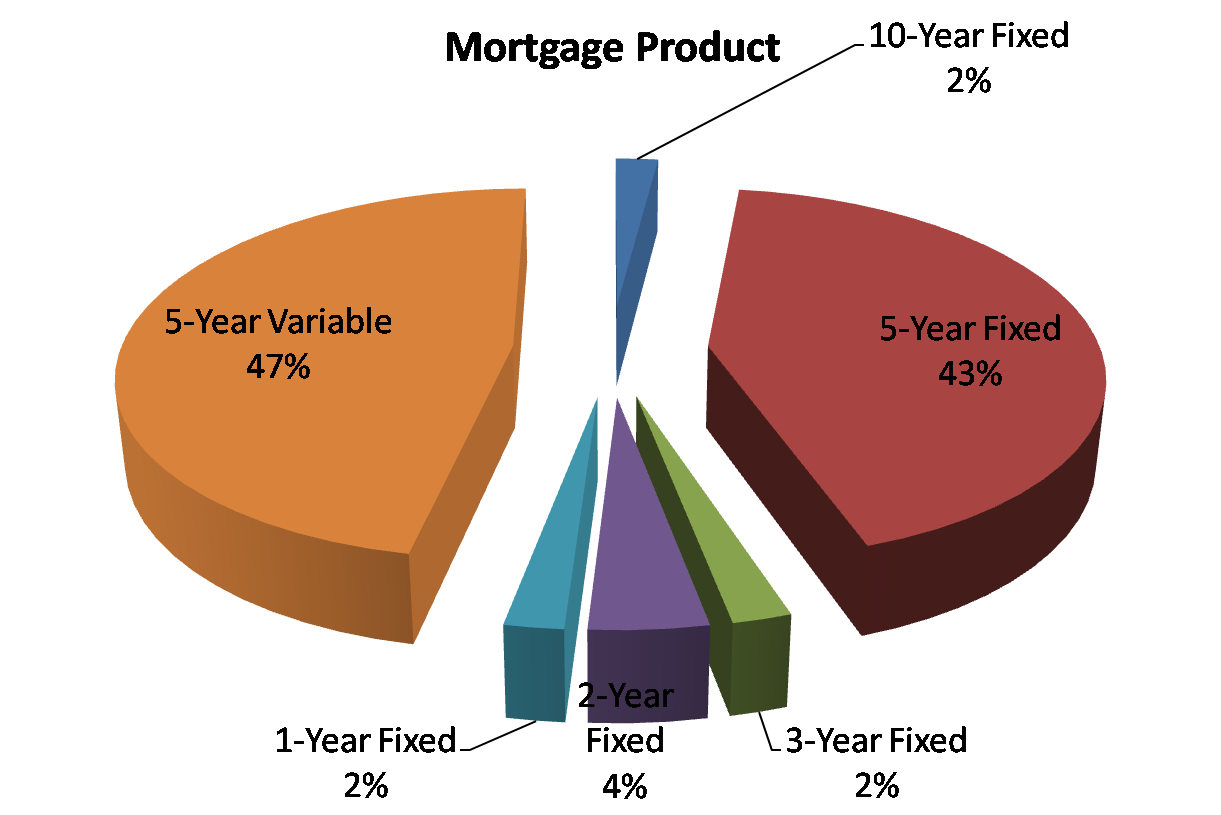