Two weeks ago, the entire Ratehub.ca team came together for an end-of-year celebration. While we’ve grown and hit significant milestones in every year of our business, we’ve never accomplished as much in 365 days before as we did in 2015. From launching into new verticals, continuing to grow our amazing team, connecting with more personal finance bloggers and the media, and co-planning a conference, it’s safe to say 2015 was our best year yet. Before everyone goes offline for the holidays, I’d like to share some of the highlights with you.

For the first five years of Ratehub.ca’s business, we focused exclusively on mortgages. In 2015, however, we went from being just a mortgage rate comparison site to a full financial services comparison website. We started by launching credit cards. Now, it’s one thing for a site to show you how many rewards points you’ll earn with various credit cards, but we wanted to show you the exact value of your points – and that’s why we created our credit card rewards calculator.

After credit cards, we went on to launch deposits, including GICs and high-interest savings accounts. One of the things we didn’t like seeing on other deposit comparison charts was accounts with teaser rates (e.g., 2.40% for 90 days) being promoted as the best accounts available. Your rate might be great for 30 days, 90 days or even six months, but what is it after that? We’ve done the calculations that show which savings accounts are the best, depending on how long you hold it for.

Last but not least, we recently kicked off our insurance vertical, thanks to great new partnerships with BMO, Square One Insurance, LSM Insurance and LowestRates.ca. We’re excited to put more focus on that vertical in 2016 and see what unique content we can bring to the space.

In previous years, we’ve been fortunate enough to build great relationships with Canadian newspapers and to be seen as an expert in the mortgage space. This only continued and expanded in 2015, as we launched into new verticals and, as a result, had more opportunities to discuss the latest news and trends in all financial services. Without a doubt, credit cards are the hottest financial product to discuss (second to mortgages) in this country, and we love being able to share our thoughts and expertise.

One of our press goals for 2015 was to take these opportunities offline and over to television, and the new verticals certainly helped with that, too. We were honoured to appear on The Morning Show on Global, to discuss cross-border shopping deals (and which credit cards to take with you!) before the holidays. And we continued to make appearances on CTV News, including mentions from financial commentator Pattie Lovett-Reid.

Finally, more personal finance bloggers mentioned our site and tools than ever before, and we believe our credit card comparison tools and the rewards calculator are mostly to thank for that. We appreciate all the good reviews, comments and shares, and hope you’ll continue to give us feedback on what we can do next.

That’s a good segue into something else we did this year: partnered with Krystal Yee from Give Me Back My Five Bucks to help organize and co-host the 4th Annual Canadian Personal Finance Conference (better known to attendees as CPFC). Thanks to our own KL, we landed David Chilton as the keynote speaker of the event – which he announced to the audience was only possible because she’s “the most tenacious young woman he’s ever talked to” (but also might’ve been stalking him!).

CPFC helped us get to know even more bloggers and people in the personal finance space, learn from a great group of speakers and see what everyone is working on next. We had so much fun helping Krystal organize the weekend of events, and are looking forward to doing it again in the fall of 2016!

Now, onto my favourite part: team updates. By far, our most impressive accomplishment for 2015 has been the strength of our team. The Ratehub.ca team currently consists of 16 talented people who work hard, take on challenges, and bring all these new verticals and projects to life.

As we continue to grow, people have taken ownership over each vertical – like Kayla who heads up credit cards, and Jordan who manages both deposits and mortgages. We’ve also seen existing members thrive in their roles – like Christina who is a Salesforce wizard, Chrissy who makes all things beautiful, and David and Benson who continue to bring all our new verticals and features to life. We’re also fortunate to have hired Craig, Kaman and Nicole, to help us with our editing, advertising, communications and public relations, and have Brynn and Julia coordinate all of our day-to-day needs in the office.

Of course, I have to give special mentions to members of the team who have been with us since almost the beginning: Chris, my brother and our CTO, who works quietly behind the scenes (and makes sure the site never goes down!); Kurtis, our product manager, who has truly made his own role on the team and can do anything he sets his mind to; Idriss, who recently launched credit cards in Quebec and has closed amazing deals for us this year; and KL, our CMO and a true Ratehub.ca original, who is intensely passionate about our team and success. KL works tirelessly to ensure the marketing team is inspired and supported, and is the engine behind Ratehub.ca’s growth. 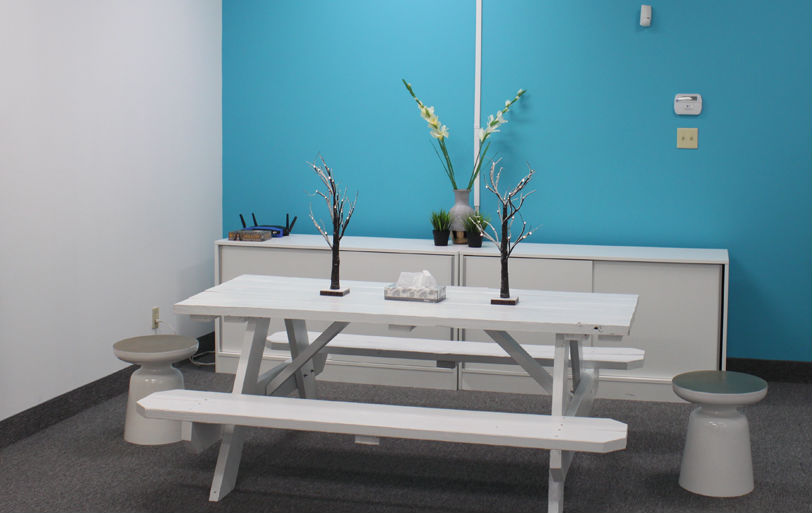 With the continued growth and success of our team, we outgrew our space and had to move offices yet again this year. Just a few weeks ago, we left King Street East, set up shop at our new location and already love the new space. It’s safe to say that 2015 was the year of building at Ratehub.ca, as we launched all our new verticals and built up a team that could make it happen. Next year, we’ll be focused on growing those verticals.

I can’t thank the team enough for all of the hard work they’ve put in this year, and our partners and brokers who believe in what we’re doing and help us succeed. In January, we’ll be celebrating Ratehub.ca’s sixth birthday and beginning our seventh year in business. I always feel nostalgic about where we first started (at a kitchen table) and what an incredible journey it’s been, but this year has been one for the books. I can’t wait to see what we do next! Until then…

The Hidden Costs of Owning an Electric Car

What is Creditor Insurance in Canada?

Why GICs make sense at any age