The Best Time to Buy a Home in Toronto 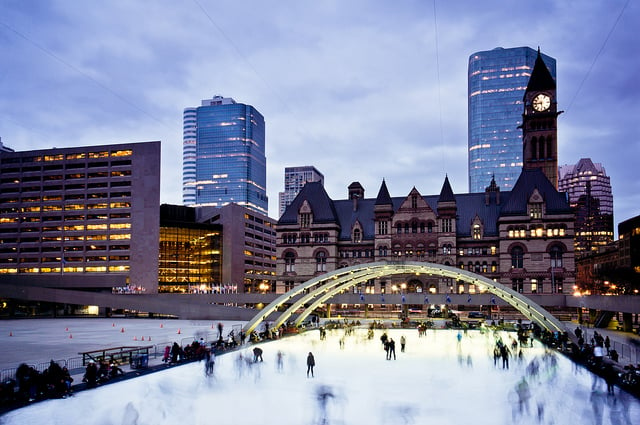 Location, location, location may be the most spouted mantra in real estate, but in the housing market’s notoriously seasonal market, landing the best deal on a home may actually come down more to timing over anything else.

After analyzing more than five years of real estate data and 530,000 home sales across the Greater Toronto Area, TheRedPin.com identified January as the best time to buy a home.

House hunters who decide to close the deal in the first month of the year spend an average of $60,000 less than buyers in the busy spring season – a fact that has remained persistent for each and every year since 2010, which is as far back as this study goes.

That’s a sizeable chunk of money that can go towards a larger down payment, furniture, or into a savings account.

So while the frigid month of January is anything but synonymous with an active home buying season, budget-savvy house hunters should take note as the weather is far from the only thing to cool down in January.

The reasoning behind why January is the single-cheapest month of the year to buy property traces back to supply and demand.

When there are fewer buyers on the scene, demand drops and prices quickly following suit. On average, home sales in January represents only 5% of calendar-year sales. Compare that to a peak month such as May, which alone accounts for 22% of average annual sales, and things quickly start to make sense.

Homes in January also take significantly longer to sell – up to 11 days longer than in spring. That’s a huge variation to occur in an only a brief four-month period. Just to put that in perspective, the average days on market has only declined by six days between 2010 and 2015 – a timeframe that saw prices increase by 44%.

This all feeds back to why the first month of the year is the cheapest period of the year to buy a home.

Perhaps the most interesting fact was how, on average, buyers in January are able to negotiate $9,000 or 2% off the original asking price. In Toronto’s hot housing market, that’s a noteworthy accomplishment, especially given the fact that in the peak spring season, buyers pay 100% of the original list price.

Those looking to sell in January know they’re going into a dead period and are highly motivated to sell now rather than later, meaning they’re willing to shave a significant amount of money off the list price. That’s definitely good news for house hunters looking to save big.

However, it’s important to note that January also sees a smaller supply of homes, with 30% fewer new listings than the calendar-year average. That means a smaller pool of listings to choose from, not to mention that everything from driving to open houses and moving can be infinitely more difficult to do in the snowy days of January. Plus, if you have kids and are looking to change school districts, moving in January has obvious setbacks.

Trade-offs aside, the fact is that if you’re budget conscious and a savvy buyer looking to save, January is by far the best time to sign on the dotted line by a significant margin. Even waiting just one month can see you pay a significant mark up, as home prices jump by an average of $30,000 from January to February – the largest month-to-month increase.

That being said, deciding to make the biggest purchase of what is likely your entire life is big and involves a whole slew of factors that may not ideally fall in the month of January. But for those looking to save big, working within the bounds of ideal is not always an option.

Regardless of whether the study sways your decision to buy in January or not, it’s an important study that taps into a more unconventional angle of the housing market and how timing can have a profound impact on your bottom line. And if you plan on sticking to the typical months of the year to buy, try to go with either July or August. We found that – outside of winter – those two months were the only warmer times of the year to see average home prices fall below the calendar-year average.

Visit TheRedPin.com to see if January was still the best time to buy a home in 2016.

TheRedPin.com is a full-service real estate brokerage that carries the largest database of residential listings in the Greater Toronto Area..