How to predict interest and mortgage rate movements 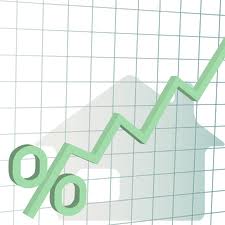 As a commentator in the mortgage space and a hub for comparing mortgage rates in Canada, we get asked a lot of questions about the direction of mortgage rates. The most common iteration is: “When will mortgage rates rise/ fall?” Recently, however, with mortgage rates hovering near historical lows, this question is largely directed towards the former.

Long-term trends regarding the course of mortgage rates are complicated to predict as they are based on complex economic factors. But don’t lose hope just yet. It is possible to predict short-term movements in the same way that your mortgage man does. It’s not rocket science and we’ll tell you how. Yes, predicting short term trends in mortgage rates may require some technical thinking and some research on your part. But, we can direct you to the resources that will inform your judgements.

On the other hand, fixed mortgage rates are driven by government bond yields and lenders set their rates based on a variety of factors such as competition, market share and strategy. We’ll take a look at both types of mortgage rates in greater detail to further understand how they are determined.

When banks issue bonds they are lent funds by bond buyers (similar to stocks), with a guaranteed full repayment at the end of the bond term along with interest. The banks will then lend this money back to mortgage borrowers at a higher rate of interest 1) so they earn a return and 2) because average home buyers are ‘riskier’ than Canadian banks. So, for example, a bank may issue bonds at 2% interest and then offer mortgages at 3.5% interest. The 1.5% difference is known as the ‘spread’. This is, essentially, the profit for banks on top of the cost of borrowing.

Although both variable and fixed rates are based on economic factors, the Bank of Canada has control over how economic factors are reflected in the prime lending rate. As a result, variable interest rates can be easier to predict.

In addition, many Canadian banks compile reports that aim to predict when the Bank of Canada will move rates. These reports are well documented and useful to understand what the “experts” in the field are anticipating. Here are links to the reports of the “big banks” in Canada.

Current mortgage rates in Canada are always based on economic factors. Keeping an eye on the Canadian economy will give you a general indication of the long term direction of interest rates. Further, as is the case right now with the European (see: Greece) debt crisis and US recovery, international economics will continue to influence the Canadian economy as well. Interpreting this information is cumbersome even for the greatest economists, so directing yourself to the right resources can guide your judgements. Both bond yield tracking and respected industry reports are good starting points.