How I Made Over $1,500 in Credit Card Rewards Last Year 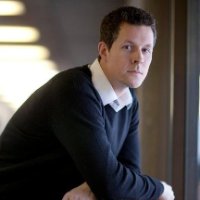 The key to maximizing your credit card rewards is choosing a card (or cards) that allow you to earn more points in categories which you spend the most.

Online credit card rewards calculators, like the one on Ratehub.ca, can tell you which card gives you the most bang for your buck based on your spending habits, but you won’t know for sure until you actually have the card in your wallet and start using it regularly.

I tried to give my rewards earnings a boost last year by optimizing which credit cards I used for certain categories (favouring cards that paid back 2% or more) and signing up for several new cards in order to take advantage of generous bonus offers.

The effort paid off handsomely, as I was able to earn over $1,550 in credit card rewards last year. Here’s how I did it:

My go-to credit cards are the Scotia Momentum Visa Infinite and the Capital One Aspire Travel World MasterCard. I use the Scotia Visa for groceries and gas (4% cash back), as well as drug store spending and recurring bill payments (2% cash back).  Then I use the Capital One card, which was discontinued to new customers this year and then revamped into a new World Elite product, for all other spending categories.  With just these two cards alone, I was able to earn almost $1,000 back on my everyday spending.

In April of last year, I picked up the Scotiabank Gold American Express card. It came with a $150 travel credit and the $99 annual fee was waived for the first year. I cancelled the card before the annual fee came due this year. The reason why is because its benefits are quite similar to the Momentum Visa Infinite card. Both cards pay 4% back on groceries and gas, but then the Scotiabank Gold American Express card also pays 4% back on dining and entertainment, which I took advantage of.

Later in the year, I signed up for the American Express Gold Rewards in a credit card promotion that came with 25,000 bonus points – good for a $250 travel credit – plus the $150 annual fee was waived in the first year. I will cancel this card before the fee comes due later this year.

I used the Amazon.ca Rewards Visa from Chase sparingly last year, but this card is a must-have anytime you travel to the U.S. or abroad, as it’s one of the only cards that doesn’t charge a 2.50% fee for converting your foreign currency purchases back to Canadian dollars.

Note: the Amazon.ca Rewards Visa Card from Chase is no longer accepting applications as of April 3, 2017.

Finally, I grabbed a $100 bonus when I signed up for the MBNA Rewards World Elite MasterCard. I’ll cancel this card before the $89 fee comes due later this year.

There has never been a better time to cash in with rewards credit cards. The competitive landscape means that credit card issuers have stepped up their game when it comes to bonus offers and base earning rates. By taking advantage of these offers, I was able to cash in on more than $1,550 in credit card rewards and boost my earnings by over 50% from the previous year.