In Economics, there is a theory called Purchase power parity (PPP) which tells us what the value of a bundle of goods would cost across various currencies when you factor in the exchange rate. The Economist released a modern version of this theory and named it the Big Mac Index1. The Big Mac PPP exchange rate between two countries is determined by dividing the price of a Big Mac in one country (in its currency) by the price of a Big Mac in another country (in its currency). This value is used to compare the actual exchange rate. If the value is lower than the first currency, it is under-valued (according to PPP theory) compared with the second, and conversely, if it is higher than the first currency, it is over-valued.

Here at Ratehub.ca, we’ll use our own purchase power parity index to compare the housing landscape in Canada. We’ve called our little theory, the “RH Index”. And we’ll change the variables to accommodate our criteria. Rather than Big Macs sandwiches, we’ll use average home-pricing – centrally located, two-story, detached, three bedroom, two bathroom homes to be exact. With this rough RH Index, we’ll look at home prices across notable Canadian cities to determine their value against the national average. The average Canadian home price that fits our criteria is $390,1632. Let’s determine who is under and over-valued. 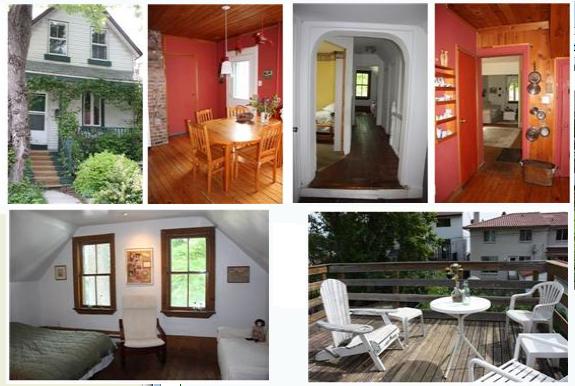 This home is located downtown Ottawa, close to the University of Ottawa and only a short drive away from Parliament Hill.

To determine the affordability of this property, we’ll compare mortgage rates in Ottawa and enter them into our mortgage payment calculator. By choosing the lowest rate of 3.45%, the monthly payments work out to $1,704.*

According to CMHC, the Ottawa region is expected to show a 5.7% decline in home sales, while average prices will grow at a slower rate through 2011. New home construction will also experience a slight drop, but average resale price is trending upwards. And they expect condos to increase in popularity3.

Once again, we’ll use the Canadian average home price of $390,163 as our baseline for the RH Index.2

How similar is this home when compared to the average Canadian price? What is the value of the home’s price tag versus the Canadian average price?

As you can see, Ottawa home prices are almost at par with the Canadian average. This means that you are getting the right amount of “house” for your dollar. The actual average home price in the city of Ottawa is $338,0004

Get in contact with Ottawa mortgage brokers, so they can help you with your financing needs in our nation’s capital.