Homeownership and mortgage trends across countries

We recently came across the report entitled International Comparison of Mortgage Product Offerings, which compares housing and mortgage features across countries. Canada is included in the mix, so it is interesting to see how we stack up.

Some of the results are consistent with population trends, like Switzerland’s low rate of homeownership, in line with its high housing costs and transient population, but others, like the distribution of mortgage rate types are less obvious.

With the exception of Germany and Switzerland, the remaining countries under study have similar rates of homeownership. See the chart below for a further breakdown. 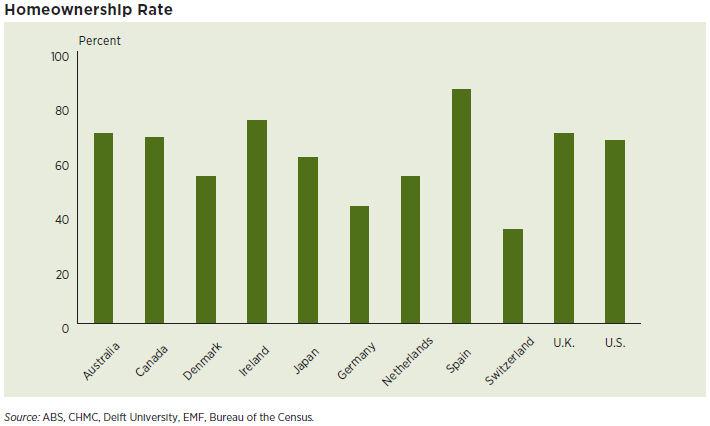 The most divergent subject under study is mortgage rate types, which are categorized by term length and variable or fixed classes. Australia, Ireland, Korea, Spain and the United Kingdom are dominated by variable-rate mortgages often with short-term fixed rates, while the United States has an unusually high proportion of long-term fixed-rate mortgages. Canada and the US, close neighbours, could not be further apart in mortgage type selection as well. 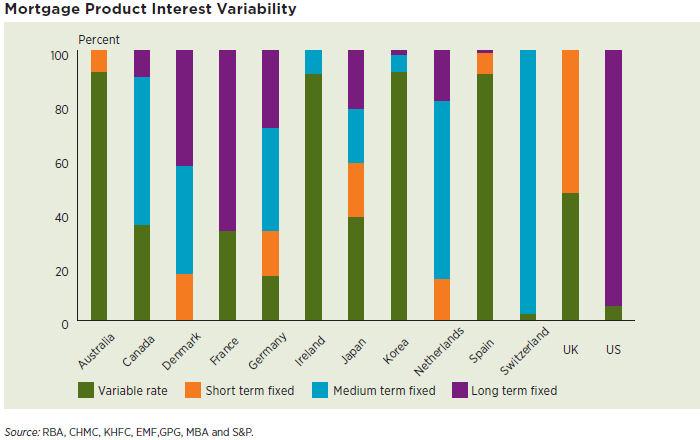 Finally, it was interesting to see which countries offer ‘interest-only’ mortgages, which, excluding Home Equity Lines of Credit, do not exist in Canada.