GTA property prices on the rise in December: TREB

December was the best month all year for the Toronto housing market in terms of price growth. Property prices in the 416 continue to skyrocket – up 12% from December 2018 to $837,788.

“As anticipated, many home buyers who were initially on the sidelines moved back into the marketplace starting in the spring. Buyer confidence was buoyed by a strong regional economy and declining contract mortgage rates over the course of the year,” said TREB President Michael Collins.

Detached houses, previously the weakest link in the market, are out of their slump, with prices climbing 11.6% to $1,052,081 across the GTA. In contrast, condo prices have been strong for several years now and continue to sustain price growth, jumping 10.4% across the GTA to $612,464.

The price growth is almost certainly due to two major factors: psychological recovery from the Ontario Fair Housing plan and tighter mortgage rules, and an extremely low supply of available properties. Active listings are down an incredible 35.2% year over year while new listings were down 18.1%. If this inventory shortage continues, TREB expects prices to rise into 2020.

But TREB covers a massive area and it’s important to look at each region individually.

No surprise here: the City of Toronto experienced exceptionally strong price increases, growing 16% year over year to $885,132. The dollar volume of sales was an astounding $1.48 billion.  This proves yet again that Toronto’s property market is an economic engine in itself. Both provincial and municipal governments are capturing about 1.6% each of that in land transfer tax revenue.

Durham Region, east of Toronto, remains one of the most affordable places in the Greater Toronto Area. Very few condo transactions take place here (less than 20) and detached homes dominate the market. Luckily, a single-family house is roughly the price of a condo in Toronto. Prices rose 9% year over year to $640,269. Oshawa real estate and homes for sale in Whitby continues to be in-demand areas for families, with prices at $544,199 and $695,282, respectively.

Halton Region can actually be more expensive than Toronto, especially in tony Oakville. Its price growth is slower though, climbing just 7.5% year over year to $899,220. Milton is one of the most in-demand suburbs for families, with homes lasting on the market just 23 days, a full week shorter than the TREB average of 29 days. It also has one of the higher sales-to-new-listings ratio at 67.6%, indicating the market is extremely competitive for buyers.

York Region, like Halton, also has a few cities that are more expensive than Toronto. It really suffered after the new mortgage rules came into place though and price growth and sales slowed down considerably. Still, prices are up 7% year over year to $954,217. Nevertheless, sellers are having a hard time, much harder than they had in 2015 and 2016. The sales-to-new listings ratios indicate a mostly balanced market, except in King City, where it is solidly tilted in favour of buyers. If your dream is to own a King City mansion, now appears like a great time to haggle the price down!

Peel Region has the highest sales volume after Toronto. Being on the GO Transit train line makes it a desirable region for commuters. Prices there rose 11.5% year over year to $781,973. Mississauga, unlike other cities outside of Toronto’s urban borders, offers a fairly robust condo market, with prices slightly lower than the 416, at $513,331. This gives prospective buyers who want the maintenance-free lifestyle some good options. 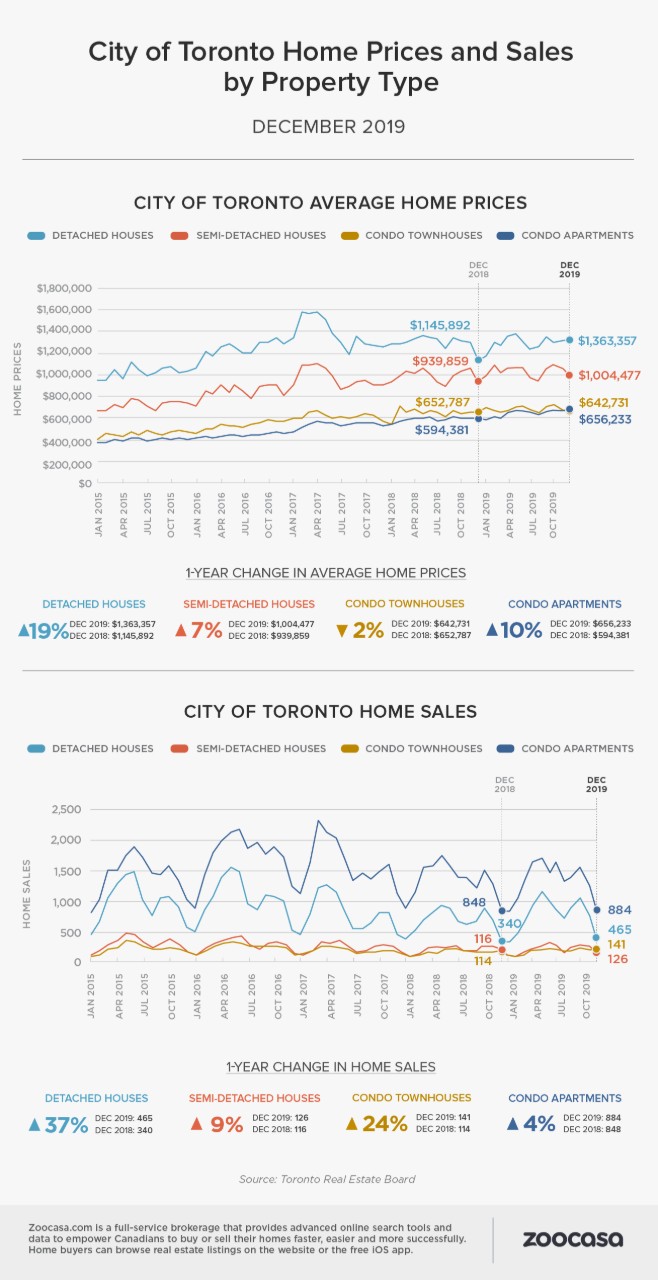