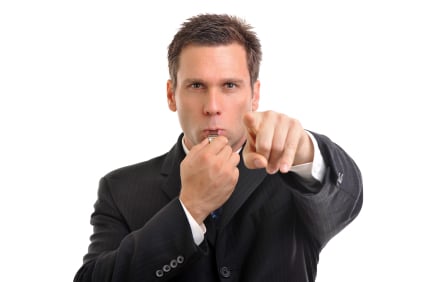 The following article is by Robb Nelson from Family Lending, who discusses early mortgage payoff penalties and how they are calculated. You can view Family Lending’s Ontario mortgage rates on Ratehub.ca.

The hidden costs of paying down your mortgage

If you’re like most Canadian mortgage holders, chances are you have one goal in mind when it comes to managing your mortgage debt – getting rid of it! According to a 2012 RBC Home Ownership Poll, 14 percent of Canadians have made double-up mortgage payments recently (i.e. their regular payment plus an additional amount equaling as much as one extra payment), while another 13 percent have made a one-time lump sum payment in order to decrease their outstanding mortgage principle.

But what if all your hard work and dedication could end up costing you more money in the long run?

Just when you thought you were done paying the bank for good, they could slap you with a hefty “early payoff penalty,” essentially punishing you for your years of financial diligence. According to the Canadian Bankers Association, early payoff penalties are put in place so that the bank can manage risk and cover costs. However, as per the Financial Consumer Agency of Canada (FCAC), a government body dedicated to educating consumers of their financial rights, banks are far from conservative when assessing this premium penalty. In fact, over the past few years, the Agency has “observed a significant increase in the number of complaints related to mortgage prepayment penalties.”

The difference between an open and closed mortgage

The only mortgage that does not have an early termination charge is an “open” agreement. As such, open mortgage holders have the ability to pay off their mortgage at anytime. Not surprisingly, open mortgages are charged a premium interest rate so that the bank can recoup as much interest as possible during your payment term.

While available, open mortgages are far less common than their closed counterparts. Closed mortgages hinge on an agreement that stipulates the debt cannot be prepaid, renegotiated or refinanced before maturity, except according to its terms. Typically, the wording of these terms will be as follows:

The mortgage penalty will be the greater of three months interest penalty OR the interest rate differential (IRD).

Before you decide to pay down your mortgage early, it’s important that you understand the repercussions of both options.

Almost all variable rate mortgages in Canada use the three-month interest penalty calculation. This is based on three months simple interest at your current mortgage rate on the principal amount owing at the repayment date.

So, let’s pretend that you have a $400,000 mortgage at 5.75 percent for the last 5 years. Due to great economic circumstances, you’ve been able to pay down half of the principal in this time. Here’s what your early mortgage payoff penalty calculations would look like based on a three-month interest calculation:

The interest rate differential penalty, or IRD for short, is much more difficult to calculate. This is because every lender seems to use a different formula. In theory, an IRD should be calculated based on the difference between the interest rate on your mortgage contract and the rate at which the lending institution can re-lend that money.

On the surface, this makes perfect sense. When you take out a mortgage you sign a contract with the bank for a specific term. In all likelihood, the lender has “sold off” your mortgage contract to investors who are looking to make a reliable return based on the interest rate. By accelerating your payments, you have rocked the boat and the bank will need to re-lend that money, but at a cheaper rate. The IRD helps the bank recoup some of these costs and prevents mortgage holders from switching lenders any time mortgage rates change to favour the client.

While it’s difficult to calculate an IRD rate, they generally require the difference between the interest rate on your mortgage contract compared to the rate at which the lending institution can re-lend the money. Assuming your mortgage balance is $200,000 at 5.75 percent, with roughly 3 years remaining on your mortgage. Let’s pretend that the current 3-year rate is 3.75 percent. Based on these numbers, your lender will likely calculate your IRD charge in the following manner:

The trick with this calculation is figuring out what the comparison interest rate is. In most cases, this is the current posted rate for the term that most closely matches your remaining term. However, some banks use a discount from the posted rate based on the terms you negotiated for your current mortgage. Not surprisingly, the use of the posted rate can increase your early termination fee greatly.

Consumer complaints have led the FCAC to formalize a new set of rules designed to help simplify interest rate differential calculations. As such, lenders are now required to provide borrowers with:

Lenders are also required to post mortgage rate calculators on their public websites so that borrowers can easily determine an estimate of their current prepayment charge.

While early mortgage payoff penalties are a necessary evil, they shouldn’t have to cost you an arm and a leg. When shopping for a best rate mortgage, make sure you ask your mortgage broker about open mortgage options and potential payout penalties. The last thing you want to do is pay the bank more than is absolutely necessary!