Recently Ratehub.ca held a “Money Saving” contest on Facebook, where fans had the chance to win prizes by sharing their best money saving tip. The contest was a success with three runner-up winners taking home $15 iTunes gift cards and the grand prize winner walking away with a Sony Blu-Ray player! Now that the dust has settled, we’ve had time to look at the entries and analyze the data. The contest was fairly open-ended so we received all kinds of great advice from people.  However, we discovered most of the data fell under eight categories. They are as follows:

“Dryer Sheets! Cut them in half, do `em all at once, bit of a nuisance but worth it because they last TWICE as long, ie: you aren`t having to buy another box anywhere near as quickly. You will not notice any difference by having a 1/2 sheet in the dryer load as opposed to a full sheet 😉” – Debra Anderson

“Use the library. The latest books, DVDs and CDs are all available.” – Nancy J. Montgomery

Most comments were centered around haggling, shopping in more than one location, and delaying “want” purchases.

“Don`t be afraid to ask for a discount – the worst that can happen is that you`ll get refused.” – Francine Fogel

“Have savings come out the same day you get paid – that way it`s like you never had the money to begin with!”- Tonya Wagenaar

“Write a list of savings goals you want to achieve, and then create a plan to get you there. Putting it down on paper will make it more real, and will increase the chances of you succeeding.” Give Me My Five Bucks Back

This is pretty self-explanatory.

“Making large batches of main dishes and desserts and freezing then in meal-size containers saves time, energy and money. And we`re not tempted to eat out when we`re too tired or busy when we know there`s a quick meal in the freezer.” – Rose Robinson Hately

This piece of advice only represented 2% of comments.

These comments varied from humorous to completely off-base, but we still loved them.

“Don`t get married or have children! Could have saved myself tens of thousands of dollars. Live in sin, change partners every 5 months or so and have other people`s children visit when you have the urge, or better still go visit them with the money you`ve saved and when you leave, don`t take their kids with” –Surfcat Jim 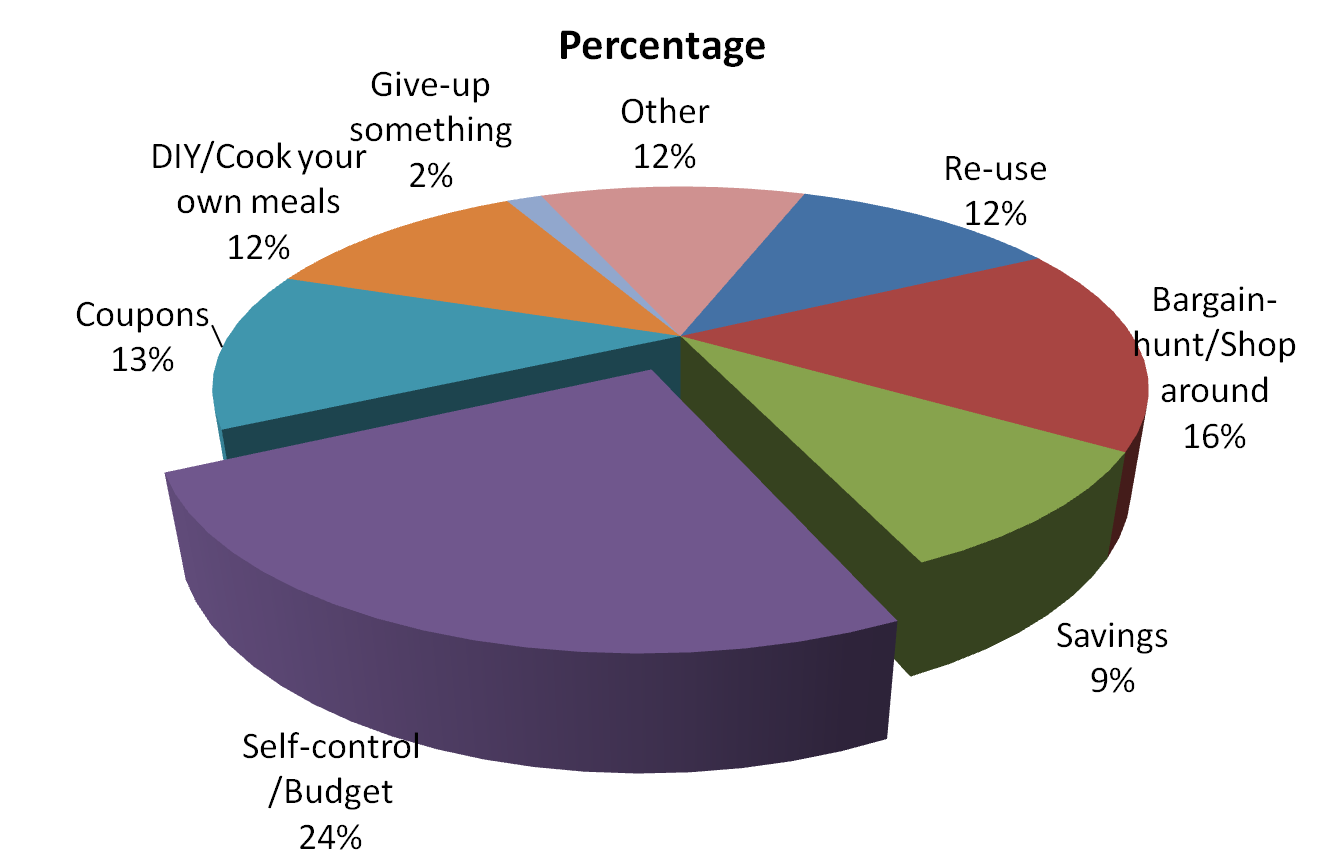 Our contest revealed that a quarter of the people who submitted their tip believe the key to saving money is through self-control and smart budgeting. Following this category, are bargain-hunting and the extensive use of coupons, second and third respectively. This makes sense considering the recent rise in popularity of prominent ‘deal’ sites such as Groupon, Dealfind, and Teambuy. Tied for fourth are two categories that not only benefit our wallets, but our peace of mind too. Making your own food can provide a sense of accomplishment while re-using conserves our resources. With consumerism more prevalent today than at any other time in history, it’s not surprising that only two per cent of the suggestions called for the forfeit of a money-draining habit.

What was a little disappointing was the lack of ‘savings’ advice. Most people today aren’t properly using their savings options, which can come in handy, especially for those looking to purchase a home in the future. This becomes even more apparent for first time homebuyers since they are allowed to withdraw from their RRSPs without penalty using the Home Buyer’s Plan. Also, the more money you allocate to your savings for a down payment, the less CMHC insurance you are subjected to. 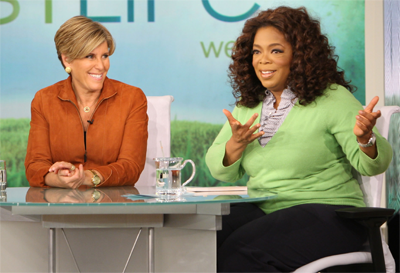 Money is a sensitive subject in 2011, with most countries still trying to cope with the financial crisis. This reality is echoed in the media when we see TV personalities such as Gail Vaz-Oxlade and Suze Orman emerge as celebrities. We’re all looking for help to better our situation. Because of the economic climate, companies like Groupon are allowed to shine. We as consumers are constantly seeking new ways to stretch their dollar.

One question we do ask is: What percentage of the people who submitted a money-saving tip actually follow their own advice? This Ratehub.ca author suggested making your own food, which I do follow at select times of the week. The other times of the week? Not so much. However, another Ratehub.ca member can proudly boast that she has every category checked off. Maybe there is hope after all.