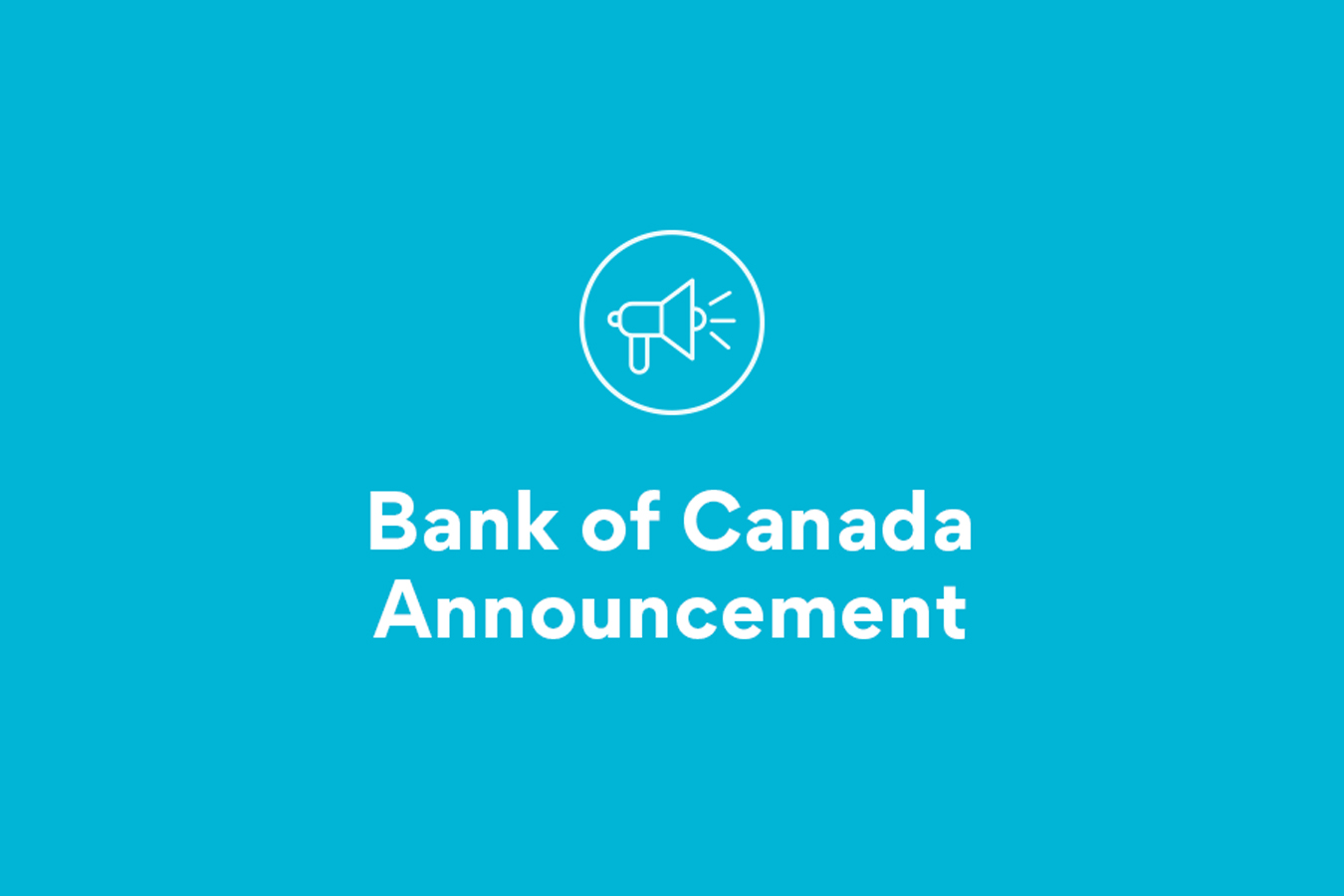 The Bank of Canada announced Wednesday it will hold the benchmark for the overnight rate at 1¾ per cent, claiming “the current degree of monetary policy stimulus remains appropriate.”

“The Bank seems pleased with Canada’s economic performance, employment rate and inflation, but is paying close attention to global issues such as trade wars and monetary policy decisions by other central banks,” James Laird, president of CanWise Financial, said. “The Bank noted the rebound in the mortgage and housing market, fuelled by the current low interest rate environment. It doesn’t seem concerned with a possible return to an overheated housing market since the mortgage stress test encourages manageable household debt levels.”

However, the Bank is still closely monitoring trade conflicts and global economic performance.

“As the US-China trade conflict has escalated, world trade has contracted and business investment has weakened. This is weighing more heavily on global economic momentum than the Bank had projected in its July Monetary Policy Report (MPR),” the Bank said in Wednesday’s announcement. “Meanwhile, growth in the United States has moderated but remains solid, supported by consumer and government spending.

“Commodity prices have drifted down as concerns about global growth prospects have increased. These concerns, combined with policy responses by some central banks, have pushed bond yields to historic lows and inverted yield curves in a number of economies, including Canada.”

This announcement should throw some cold water on the prediction that we would likely see a rate increase in October’s policy announcement, according to Laird.

As for mortgage rates, fixed rates will remain attractive to homebuyers and owners who are renewing.

“Consumers who require a new mortgage in the fall will have attractive fixed rates available to them,” Laird said. “The variable rate will remain unpopular since it continues to be higher than fixed rates.  Those who currently have a variable rate will be disappointed with today’s announcement because it suggests that a rate cut next month is unlikely.”

categories: Mortgages
tags:
7 ways to get the cheapest auto insurance possible Ontario G2 license restrictions: what you need to know