This morning, Governor Stephen Poloz announced that the Bank of Canada (BoC) was dropping its overnight lending rate by 0.25%, from 1.00% down to 0.75%. This is the first time the interest rate has changed since September 2010 and, based on activity we’re seeing online, it seems to have come as a shock to everyone – including us.

Until a few months ago, economists said that an interest rate hike was imminent in 2015; many said we’d see the rate go up by Q4, and some even said Q3. Earlier this week, however, Morgan Stanley predicted the rate would remain unchanged until 2017. And 60% of economists polled by Bloomberg still said interest rates would go up – just maybe not until 2016.

No economists were predicting a rate cut. However, the continuous drop in oil prices, which threatens economies that depend on commodities exports, is to blame for the varying predictions. People expected a cut to the economic growth forecast, but not to the rate. As Bloomberg reports, though, the economic shift from a few months ago to today is “almost a different era”.

In the announcement, the BoC explained that the decision to drop the overnight rate, “is in response to the recent sharp drop in oil prices, which will be negative for growth and underlying inflation in Canada. … Business investment in the energy-producing sector will decline. Canada’s weaker terms of trade will have an adverse impact on incomes and wealth, reducing domestic demand growth.”

But it wasn’t all bad news. “The oil price shock is occurring against a backdrop of solid and more broadly-based growth. Outside the energy sector, we are beginning to see the anticipated sequence of increased foreign demand, stronger exports, improved business confidence and investment. However, there is considerable uncertainty about the speed with which this sequence will evolve and how it will be affected by the drop in oil prices.”

Now, what does all of this mean for you?

On a consumer level, your bank’s Prime rate will likely follow the overnight rate. Prime rate has been sitting at 3.00% for 4.5 years now, but you’ll likely see it drop by 0.25% down to 2.75% soon. If that’s the case, any credit you currently have open that’s attached to Prime rate (variable mortgage, line of credit, etc.) would also so its interest rate go down by 0.25%. Here’s an example of how that would affect you. 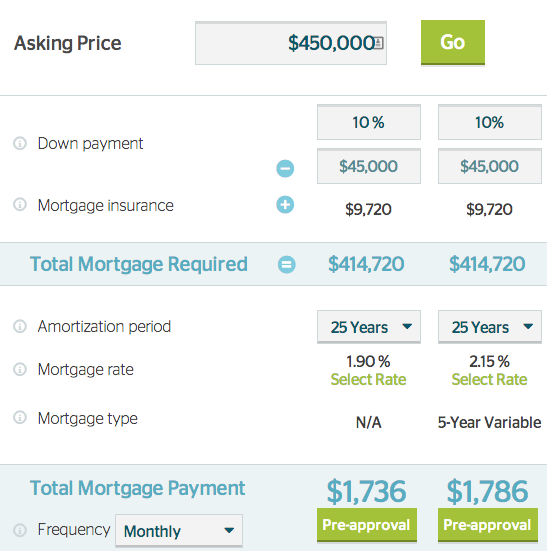 But having access to a new, lower rate doesn’t mean you should go on a shopping spree paid for with credit. As The Globe and Mail reports, Poloz’s rate cut is also “an attempt to shield highly indebted Canadian households from an oil-induced hit to their jobs and incomes – signs of which are already evident in Alberta”. He’s trying to help us out, while waving a big flag that tells us to be careful in this time of economic uncertainty. Thanks for the warning, Poloz.

The next interest rate announcement is scheduled for March 4, 2015.