A hot summer for the GTA housing market 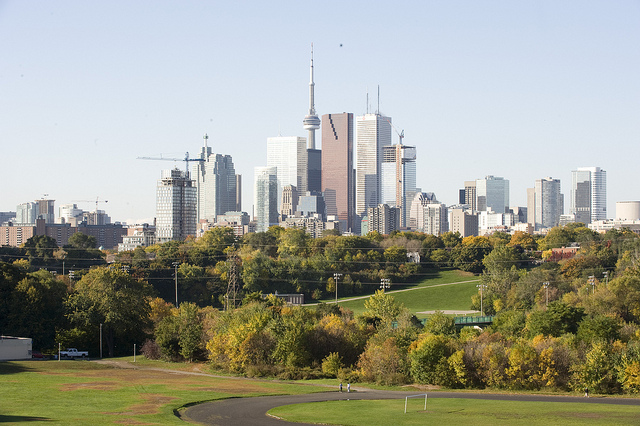 The summer market in the Greater Toronto Area is normally slow. People are busy at their cottages and embracing the humidity and are generally uninterested in trudging around trying to buy a property right before school starts.

But this summer was a hot one for the GTA housing market, which stands in stark contrast to the winter and spring seasons.

“It is encouraging to see a continued resurgence in the demand for ownership housing. Many home buyers who had initially moved to the sidelines due to the Ontario Fair Housing Plan and new mortgage lending guidelines have renewed their search for a home and are getting deals done much more so than last year,” said Garry Bhaura, TREB president.

“In a region where the economy remains strong and the population continues to grow, ownership housing remains a solid long-term investment.”

Toronto saw a shaky market the first half of 2018, with headlines constantly (but wrongly) proclaiming that there was a housing crash and that the bubble had burst. That mostly came from journalists who weren’t looking closely enough at the numbers, and failed to understand the fundamentals of the market: a strong provincial and federal economy, no new suburbs being built and continued high demand from immigrants, other Canadians and millennials.

Yes, sales plunged early in 2018, but that was just from the year before which was the peak of the market.  This was mostly due to uncertainty amid the new provincial and federal bank regulations. Moreover, prices barely declined, and did so mostly within the detached houses for sale segment priced over $2 million, which weighed down the entire market.

Condos for sale in Toronto still experienced double-digit price growth most months this year. Yet, the numbers, with the minus sign behind them, were scary to see. But all that has turned around now. Starting in June, the market started to pick up, and it trended upwards in July, and has been sustained through August. It seems the effect of the Ontario Fair Housing Plan and the tighter mortgage lending rules were just temporary.

The Toronto Real Estate Board reported 6,839 sales through the MLS system, up 8.5 per cent from last August. The average property in the GTA now sells for $765,270, up 4.7 per cent year-over-year.

Similarly, sales are up for all housing types except for townhouses, which showed a modest 1 per cent decline. Detached houses, in contrast to spring, where sales were down almost 30 per cent year-over-year, are now up 17.7 per cent from last August. Condos are stable at 0.7 per cent growth, and growing especially fast in the 905. Townhouse sales are up 5.6 per cent.

The Toronto Real Estate Board expects sales and prices to have sustained growth through the autumn, as long as there is no change in the fundamentals.

Essentially, without more inventory, from either sellers listing their homes or developments being built, there is little hope of prices having any sort of sustained depression. That’s bad news for prospective buyers, but great news for those already in homes.

Therefore, the weather may dip a bit in the fall, but GTA prices should remain hot.

Check out the infographic below for all the details:

categories: Mortgages
tags:
How Long Does it Take to Fund a Vacation With Credit Card Rewards Points? Airbnb home insurance – what you need to know