What are RESPs? Your RESP Questions Answered 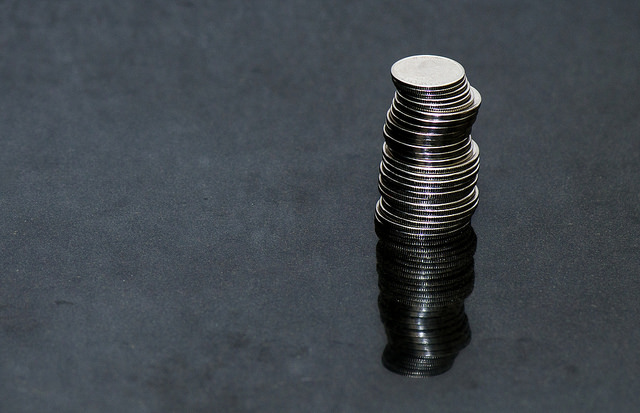 When you’re holding your newborn, where they’ll go to university might be the last thing on your mind. But with the average tuition in Canada already over $23,000 for a four-year degree, and expected to triple by 2035, chances are you’ll need the next 18 years to save. Enter the Registered Education Savings Plan, or RESP.

What is an RESP?

An RESP is a tax shelter, similar to a TFSA or RRSP, that’s designed specifically to help save for a child’s post-secondary education. An RESP isn’t necessarily a bank account. You can hold all kinds of investments including savings, GICs, mutual funds, stocks, bonds, and more.

How do RESPs work?

There are three parties involved in an RESP:

The most common case is the parent or guardian (subscriber) opens an RESP with a bank or other financial institution (promoter), to pay for their child (beneficiary) to go to university. That said, anyone can open and contribute to an RESP for any person regardless of their relationship. The only requirement is the beneficiary must be a Canadian citizen with a social insurance number.

Why should I use an RESP?

The Canada Education Savings Grant (CESG) makes it easier to grow RESP savings faster by contributing extra money, depending on the child’s household income, and how much you contribute to the RESP.

Unused CESG room can be carried forward, and each child qualifies for a lifetime maximum benefit of $7,200.

The Canada Learning Bond (CLB) contributes up to $2,000 to RESPs for children whose families qualify for another program called the National Child Benefit Supplement. In essence, the child’s family needs to earn less than $30,000 per year to qualify for the CLB. The CLB pays $500 when you open an RESP, then $100 per year for up to 15 years as long as the child continues to qualify.

The Quebec Education Savings Incentive (QESI) is available to residents of Quebec, and offers a refundable tax credit paid directly into the RESP worth up to $3,600 per child. The QESI pays 10% of contributions, up to $250, per year or $300 for low- and middle-income families.

The Saskatchewan Advantage Grant for Education Savings (SAGES) is available to residents of Saskatchewan, and pays 10% of annual contributions up to $250 per year, per child, to a lifetime maximum of $4,500.

Combining all these incentives, a child in a low-income household in Saskatchewan could receive up to $13,700 in government grants, for example, provided a minimum of $2,500 a year is paid into their RESP. A child of a high-earning family in any other province besides Quebec or Saskatchewan making the same contributions could receive up to $7,200.

How are RESPs taxed?

There are tax benefits to investing in an RESP. You can’t deduct RESP contributions from your yearly income taxes, but any money the RESP earns from interest, or investments is not taxed until the money is taken out. The child who receives the RESP money to go to school will pay income tax on every cent withdrawn. But because the child likely won’t be earning very much money at that time, they’ll pay only a fraction of the tax you might have paid on the investment earnings over the years.

Is there a limit to how much I can contribute?

There’s no yearly limit to how much you can contribute, but there is a lifetime maximum of $50,000 per child that can be contributed all RESPs in their name. That works out to just under $2,777 a year or $231 a month over 18 years. If you exceed the lifetime maximum, the subscriber (parent) pays a 1% per month tax on the excess contributions. For every $1,000 over the maximum you contribute, you’ll pay $120 a year in tax.

Fortunately, grant money and investment income earned in the RESP don’t count toward the lifetime maximum. Theoretically, you could contribute $2,777 a year for 18 years, take advantage of all government grants, and earn a 6% annual return to grow an RESP to over $125,000 by the time your child turns 18 – without penalty.

What if my child doesn’t go to college or university?

Even if your child doesn’t enroll in a post-secondary program after they graduate high school, you can still keep their RESP savings (and earn investment income) until the plan has been open for a maximum of 35 years. You can also transfer the RESP to another child, or transfer the money to your RRSP.

What if my child doesn’t use all the money in their RESP?

If there’s still money in the RESP when it closes or expires, it’s returned to the person who opened the account. Under certain conditions, you can receive the government grant money and interest earned too, but you’ll pay income tax plus an additional 20% premium on the money you receive. If you don’t meet the criteria, the savings will still be returned to you (and taxed) but the grant money will be returned to the government.

What if I have more than one child?

Families with two or more children can open a type of RESP called a family plan. The same contribution rules apply, but you can name more than one beneficiary as long as they’re under 21 years old when they’re added to the plan, and they’re related to you by birth or adoption.

How do I get started?

If you have a new child, start by applying in their name for a social insurance number (you can do this at the same time you order their birth certificate). Then open an account with any RESP promoter. If you’re not sure an RESP is right for you, or if you want to start saving before your child is born, a good way to start is with a high-interest savings account. That way, you’ll have easy access to your money when you’re ready to start an RESP.